I took my mom and daughter to my favorite museum Bait Al Othman on our family outing since my mom had never been there. There are some additions to the museum starting with the parking lot, they have added an area that looks like old Kuwaiti houses and it is awesome. I'm not quite sure what they will be once they are completed but I love the idea. 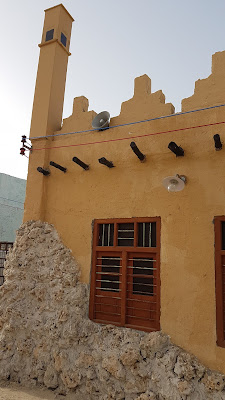 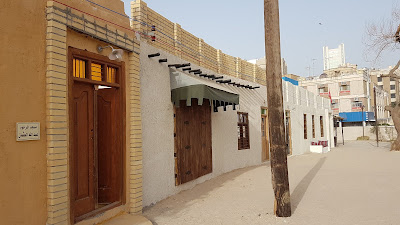 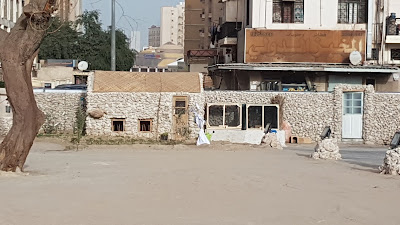 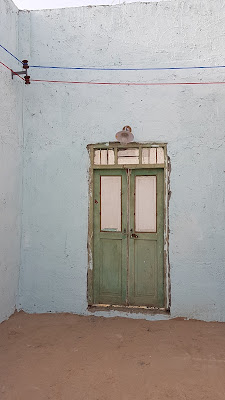 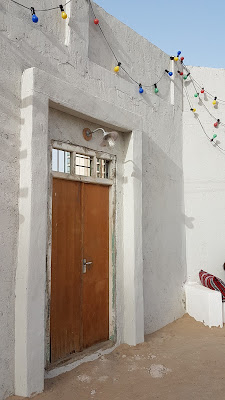 The museum has opened the second house after completing the refurbishment. It has been turned into a hotel decorated with old Kuwaiti furniture as seen below. 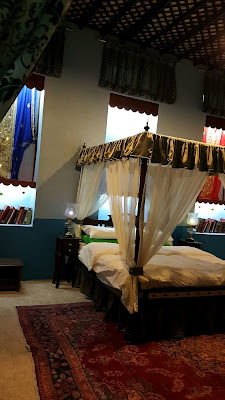 We weren't able to get a complete view as they were having some kind of gathering and all of the rooms were closed off. I'm not sure about the pricing or if it is an actual hotel, I hope to have some more details soon.
Posted by Crazy in Kuwait No comments: 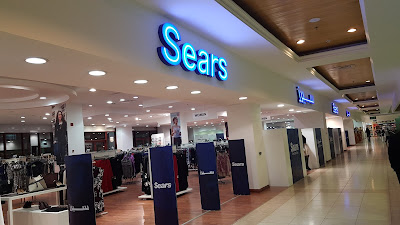 Last time I went to Sharq Mall I stopped by Sultan Center and found a Sears in the upstairs area. I remember when Sears was cheap but along with everything else the prices have increased significantly.
Posted by Crazy in Kuwait No comments:

I went shopping at LuLu in Qurain exit 208 and after finishing I stopped by Saveco looking for my protein ice cream only to find the store in chaos with empty shelves. 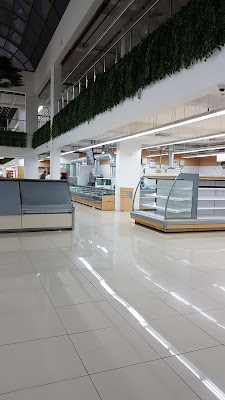 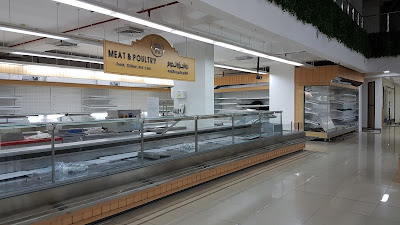 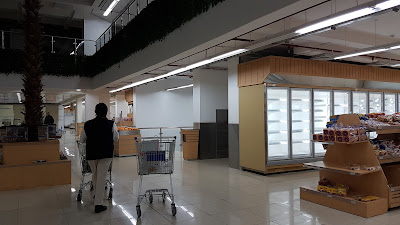 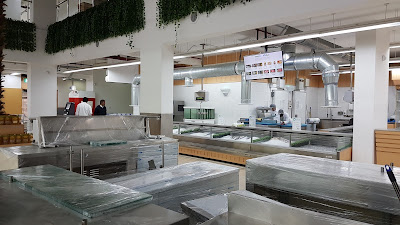 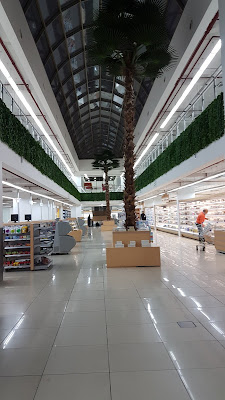 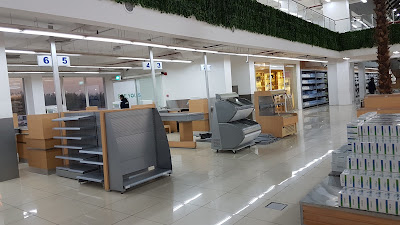 I asked the check out lady if they were closing down and she confirmed they are indeed and I should visit the original one from now on. I don't know what the reason is  but I can only figure that the government did the same thing with Saveco as they did with LuLu which is close it down because the area is not for commercial business but supposed to be for Kuwaiti artisans and handicrafts. I doubt that as the area has grown to include ministries, restaurant and sheesha cafes.
Posted by Crazy in Kuwait No comments: 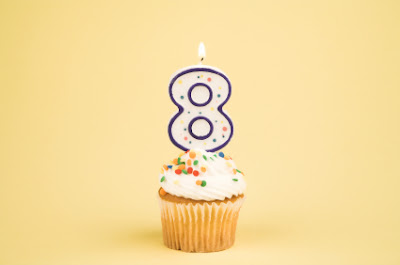 Today marks the eighth year anniversary of Life in Kuwait Blog....for those who are still with me a very special thank you!

I started this blog for the expats and those outside of Kuwait who wonder what we do here. So many things have changed, some good, some bad but I miss the early days of first arriving here on  February 14, 2004. What a wonderful place and time to be here, not a lot of people, simplicity and nicer people.

Here's to what's to come, cheers!
Posted by Crazy in Kuwait 3 comments:

New year, kids on vacation, not much to do in Kuwait, take a trip to the zoo. That's was our schedule last week since there isn't much to do in Kuwait and we had lunch already. Everything is pretty much the same as the last time we visited last year. There's a lot of construction going on and the elephant's area has been closed and metal siding has replaced the fence, no idea what's going on with them. 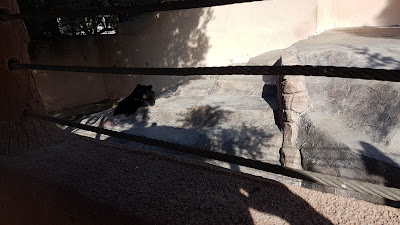 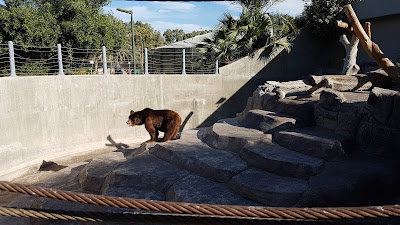 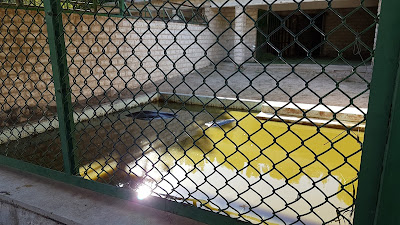 Flamingos are still white due to not being fed properly 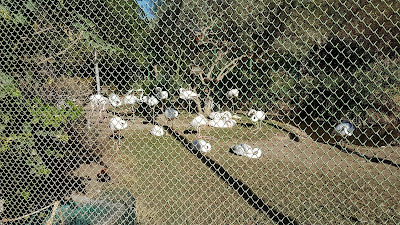 The angry chimpanzee that spits at people 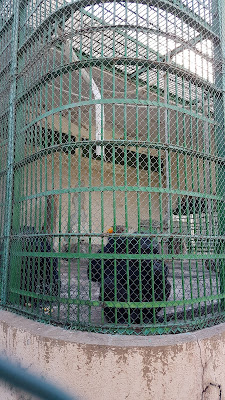 The garbage left behind by visitors 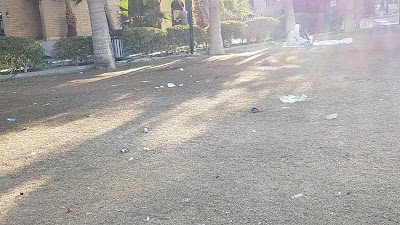 A lot of the exhibits were closed and some animals were gone, if you visit the zoo and find the black llama be careful, he spits. I got a face full of grass from that lovely little creature while my daughter was spit on by the chimpanzee. I wish they had some kind of volunteering program there where people could give more attention to the animals, it's kind of depressing to see them going crazy.
Posted by Crazy in Kuwait 1 comment:

I finally got around to seeing a movie at Sky Cinemas in Salmiya, we watched "The Commuter" which was a bad choice but I did enjoy the surround sound system in the theater. The cinema was a little on the small side but it was easier leaving when you don't have 100 people trying to get out after the movies are over. 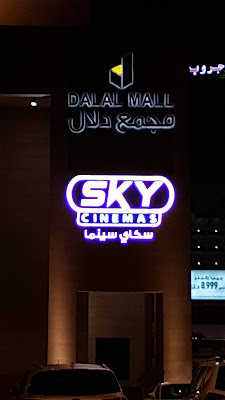 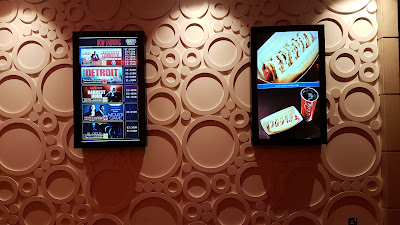 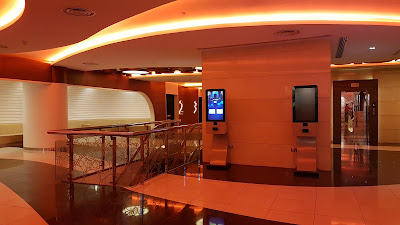 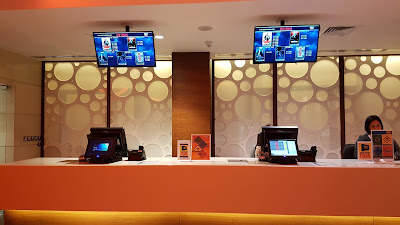 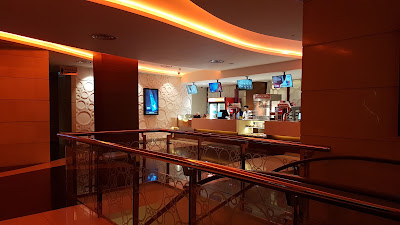 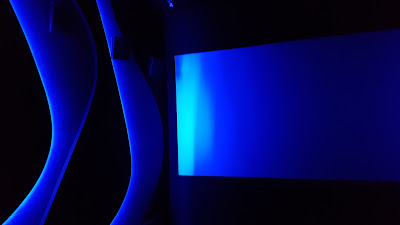 It's located in Dalal Mall next to Fanar mall, back street, contact number 2228 7999 and their website link.
Posted by Crazy in Kuwait No comments: 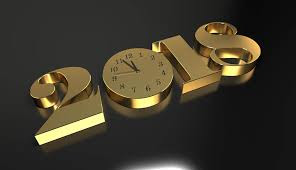 It's already 2018 which means I've been blogging for 8 years as of the end of January. I apologize to my readers, if there are any left, for not updating as much as I should. Between working 6 days a week, dealing with problems at work, being a mom, sister, daughter and friend it feels as if there isn't enough time for everything and my blog has taken a back seat right now. As we all know the blogging scene has all but disappeared, people who were once blogging have traded in their thoughts for pictures and trying to be the next fashionista via IG and Snapchat

I use both of those but I'm still not showing every move that I make. Social media is a cut throat world and I see those that succeed if that's what you want to call it and those that are abused by trolls, I would rather watch from the side lines than be a victim. I still don't understand how youngsters look up to social media people, most of them have not achieved anything but acting like they are so happy and buying up ugly "couture" items that make the average person sell their soul just to have what they display.

What an ugly place the world has become, I'm always thankful I grew up before internet, cell phones and social media. I lived by my mom's words "be back by dark" and if I wasn't I could hear her whistle for me a mile away and would run home as fast as I could. We would save up quarters for ice cream and dimes and nickles to make calls from the pay phone.

I often wonder if anyone even reads what I post, does anyone actually care? I do miss getting invitations to events but now those go out to the 'popular' Arabs on social media. This is a new year and I feel some changes coming on that will give me more time to write even if it's only my mom who reads my blog.

For those who continue reading my random posts I thank you and I hope to more blogging, volunteering and general things I like with the normal working hours I will have.

Stay tuned.......
Posted by Crazy in Kuwait No comments: