As we all know with the recent Gulf crisis it was only natural Qatar would have the Gulf Cup held in another country, they chose Kuwait. It was a big boost for Kuwait, both economically and touristic wise. The opening was presented to more than 50,000 people and finally the stadium was getting used since the opening of it a few years back. The first match was Kuwait vs. KSA and Oman vs. UAE in which UAE and KSA were winners. I however was waiting for Qatar to play as I am rooting for them all the way, their game was the following day.

I took off from work to see the game, we headed to Jaber Stadium around 3:30 as the match would start at 5:30 pm, we arrived to an empty stadium with not a single soul around besides the police guarding the entrance. We sat for an hour and nothing changed, I looked online to see if it had been canceled but there was nothing so we headed to Marouj to check out the Qatar activity there. They have big screen tv sets and we see Qatar playing! A friend messaged me and told me they were playing in Kaifan in the Kuwait stadium so we headed that way.

The whole area surrounding the tiny stadium is under construction and no parking, it was a horrible mess. I was shocked that Kuwait would make the Qatar team play in such a bad place! After all, they were the ones who gave Kuwait this chance and that's how they were treated? The place is old and falling apart, the seats were dirty and garbage all over. I was told that because they feel that no one would show up they moved them to Kaifan, even if that was a reason they should've treated them better than that. No nice place with restaurants, just a few random people selling seeds and nuts from a plastic box. I've been to Qatar and it is amazing so seeing them diminished to a low area with nut sellers was sad. 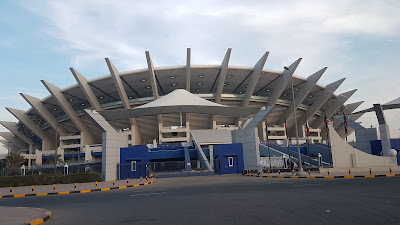 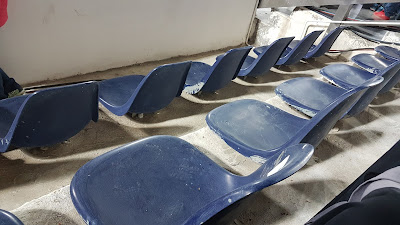 I guess they went all out for the Kuwait team and had them play at Jaber stadium, only for them to lose twice so far. I follow a lot of people from Qatar and the people who are here have visited the martyr house in Qurain, Avenues, the art museum and Mubarakiya as well as the restaurants Kuwait is famous for, that;s pretty much it for tourism. Even if only 5 people showed up at the stadium it would be ok, I think Qatar deserved that much. I can already hear people saying, well it costs a lot for security etc, everyone knows the area surrounding Jaber stadium is not good, Jaleeb Al Shuyoukh is on the other side of the highway! I don't know why it couldn't have been built more towards the city instead of that embarrassing area.

Anyways, this is just my opinion and Qatar is set for Gulf Cup 2018, I can only imagine the awesome show they will have. Go Qatar!!!
Posted by Crazy in Kuwait No comments:

It looks like a lot of Hollywood females are coming to the brown side, they are hooking up with men from Middle Eastern continents. But will it last?

Rihanna and her Saudi billionaire man from KSA Hassan Jameel 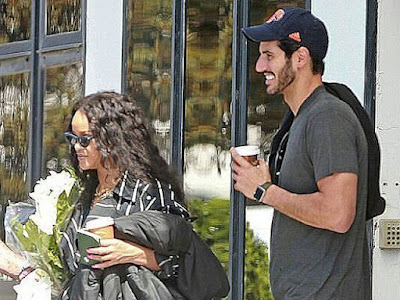 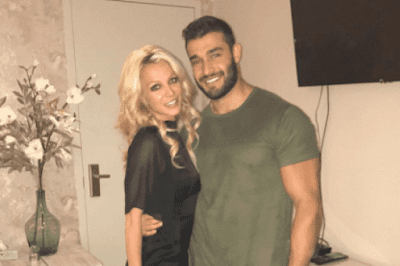 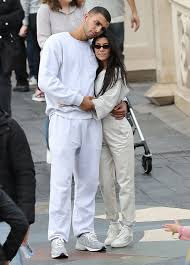 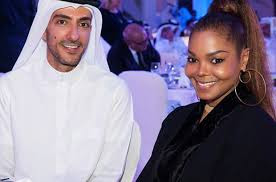 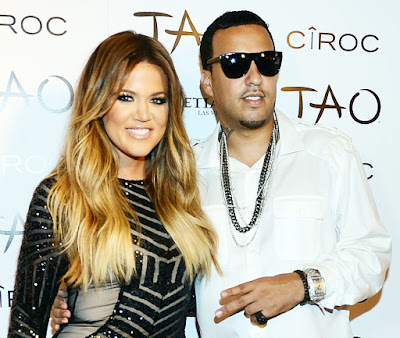 Although two relationships bit the dust the other three seem to be going on strong. Most females who know about Middle Eastern men is that they tend to act one way before marriage and a different way after. It's all fun and games while dating but once you officially become their wife they will probably expect some changes. Janet Jackson couldn't handle the Islamic way of life that her husband expected so she divorced him while gaining some significant benefits.

I do feel sorry for their son, the father wants him raised Muslim but his mother and her family which are the people raising him are Jehova's Witnesses so more than likely he will not see the Islamic way of life, sorry, but Wissam should've seen that coming. I just wanted to let Mr. Wissam know that if he needs anyone to talk to I'm here for ya boo..ha ha..issa joke folks!

I do wonder how the families of these men feel about their relationships, like the Saudi billionaire dating Rihana. KSA is a strict country but as seen by their actions in the media once they leave KSA they tend to leave everything else behind as well and party hard. Doesn't his father and their family care about his actions? Of course a lot of Saudi families have a huge amount of kids so one black sheep in the family probably doesn't count.

These are my thoughts and opinions, like anyone cares, but ladies, keep doing what ya doing, brown guys are another breed of man so enjoy!

Disclaimer: Yes I know some people do not consider Persian men Arab but they are in the general vicinity.
Posted by Crazy in Kuwait 6 comments: