Sons of Yusuf teams up with Trashtag Kuwait 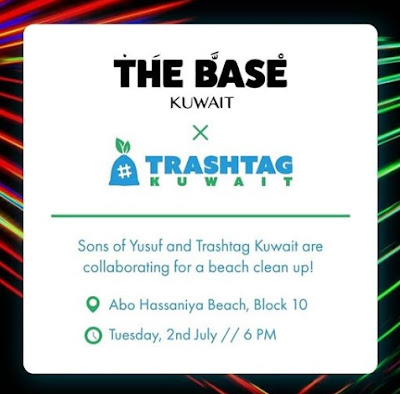 Sons of Yusuf joins @trashtagkuwait with their clean up in Abu Hassaniya.
Posted by Crazy in Kuwait No comments:

McDonald's seaside is being dismantled piece by piece. 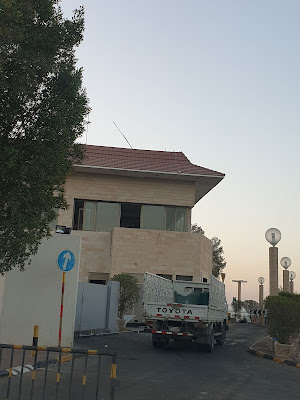 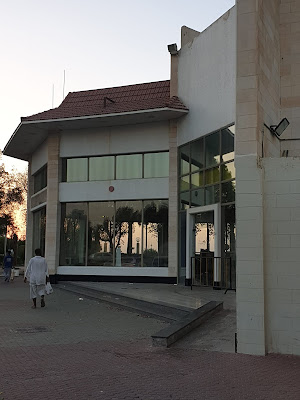 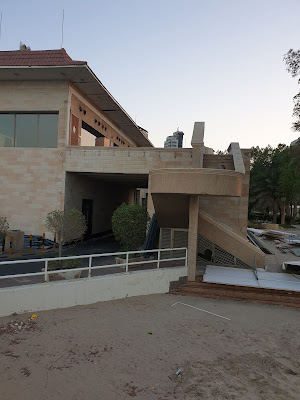 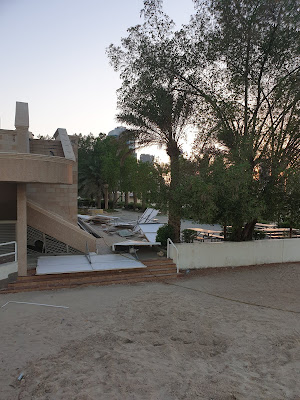 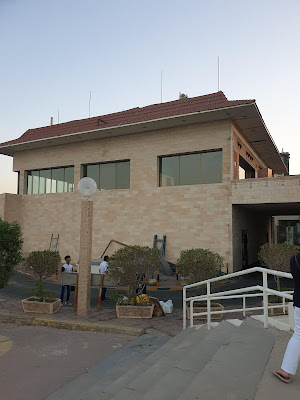 Gone are the yellow arches that led you to the beach 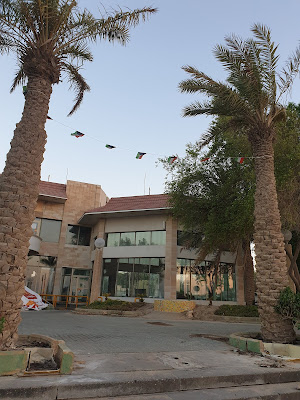 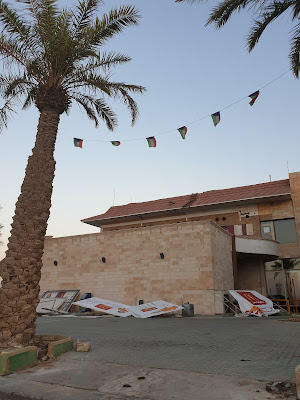 What will replace it? Time will tell.
Posted by Crazy in Kuwait No comments:

Arabella- On the verge of Closing?

A friend of mine told me about restaurants closing in Arabella during Eid so I went to check it out and see what had closed. It looks like Five Guys and Futur Kids have opened up, maybe not a good thing considering Al Shaya has closed all of their restaurants, Cheesecake Factory, Texas Roadhouse and Pei Wei as well as Starbucks and Pinkberry leaving the plaza almost completely empty of any places to eat. 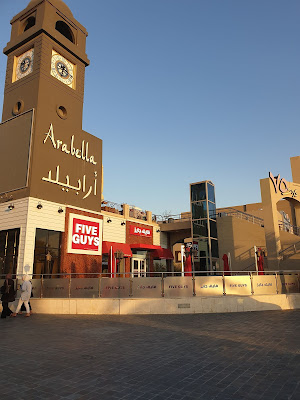 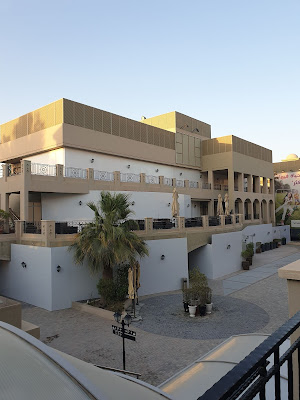 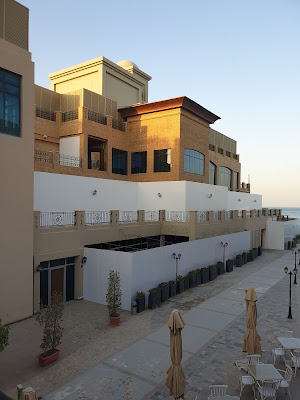 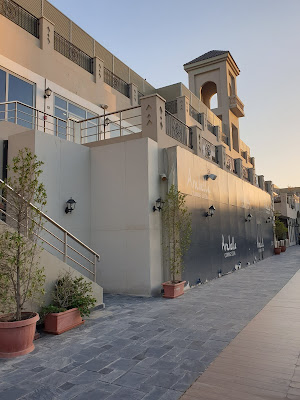 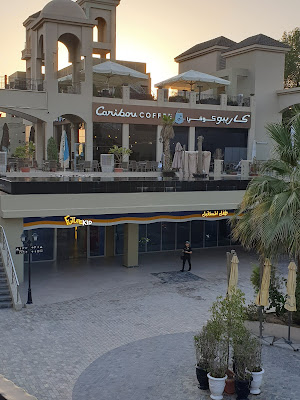 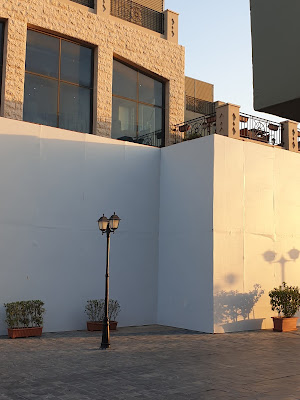 My friend's daughter had mentioned that Radisson Blu which is next door may want to take over this location? Everyone knows how horrible their parking area is and what a narrow place to try to get in and out of. Has anyone heard of what's going on? Here's my post on Arabella when it first opened, what a difference!
Posted by Crazy in Kuwait 2 comments: 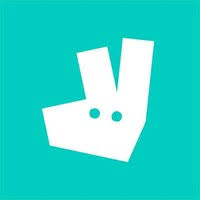 UPDATE: I used their service to order Shake Shack and I wasn't disappointed, it was cool watching the driver as he got closer to the house. Definitely will use it again, the burgers were good but the fries were sad, it's better to have Shake Shack fresh.

The other night hanging out with friends they wanted to order burgers so I suggested Five Guys which are only on the Deliveroo app. I've always used Talabat so this was a new experience, I downloaded the app and chose our items, added the credit card number and submitted it. It was late, around 12:30 am or so when I ordered but according to the app our order was being prepared.

We waited for around 45 minutes, the app said it was processing and the money had been taken from the account as well. I decided to check Five Guys on Google and realized they closed at 1 am but the order said being processed. I called Deliveroo company and no one answered as they close at 11 pm.
After an hour I cancelled the order and had to order Hardee's which took another hour to get there and was cold, wet and just gross.

The next day I called Deliveroo and they were aware of the problem, the operator told me they had contacted Five Guys and gave them a warning about what they did, they should not process orders if they can't fill them and if they did it again they will have a problem. I told him it was my first time using the app and he said he was concerned about their reputation as well.  I asked him what the company will do, they really did mess up our night and he told me he would credit me. Later on I saw that he had credited my account with 5 KD which was really nice of them.

I will use that credit and hopefully the next order will be a better experience. As for Five Guys, I hope they fix this problem and won't let another customer be disappointed.
Posted by Crazy in Kuwait No comments:

I took the kids to the ice skating rink so they can have the old school experience before it is torn down to make way for a new phase of Al Shaheed Park. From what I've heard it will be replaced with a concert hall and new ice skating rink, I wonder how much the fees will be then?

If you bring a child with you that doesn't want to skate they still charge you 3KD. 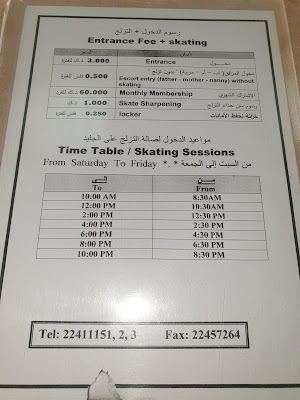 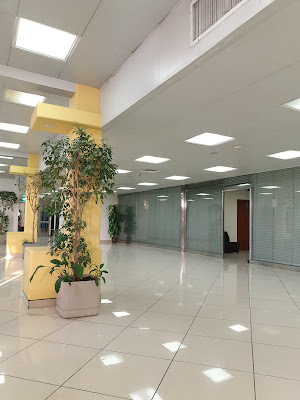 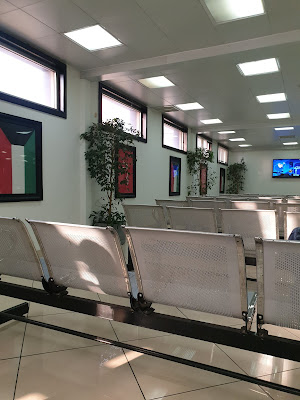 The first time I came to Kuwait in 2003 I attended a Kuwait Miami concert held here and it was super cool, I miss the old days when life was more simple in Kuwait. 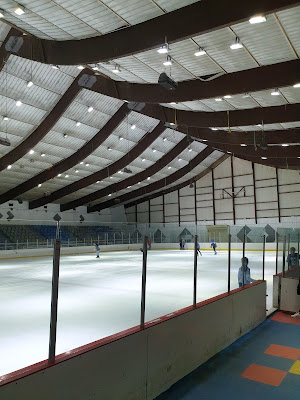 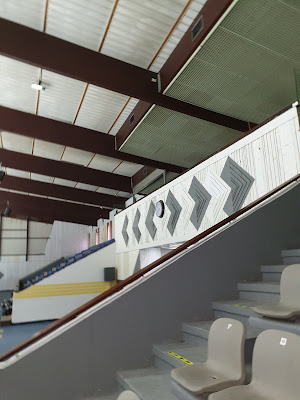 There are two rinks, one for professionals, when we visited the Kuwaiti women's team were warming up there which made it scary for the beginners so we moved to the smaller rink down the hall. 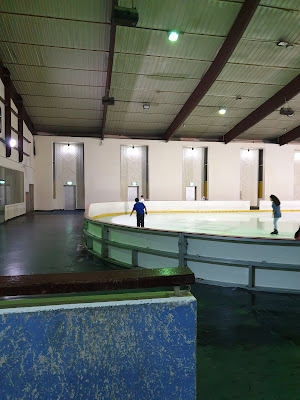 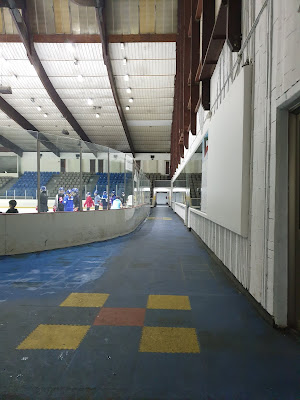 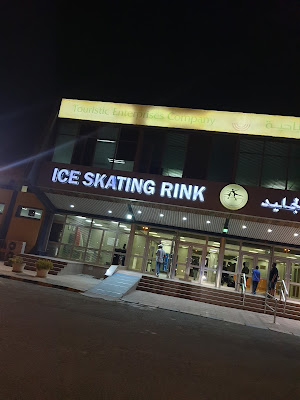 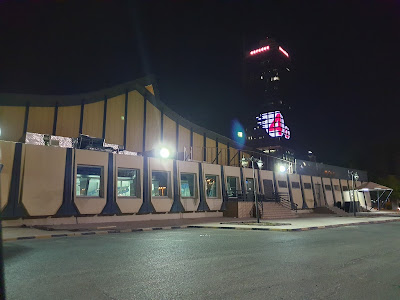 McDonald's is closed so there is no food or drinks in the facility but the ice cream man out front is available. I suggest visiting before it's gone and if you're a history buff then I suggest taking a drive around Kuwait and photograph what remains of the old locations as it looks like all the old buildings and businesses are slowly being torn down and soon there will be nothing left but memories.
Posted by Crazy in Kuwait No comments:

Sadly another landmark restaurant closed today, this time it's McDonald's. After 25 years and the first to open in Kuwait it has fallen to modern times, soon enough no one will recognize Kuwait.

Just like Shaab Park fell to upgrade the area now it's McDonald's turn, they too have fallen victim to the Touristic Enterprises completed lease agreement and it will soon turn into an empty ruin like Shaab Park. Of course the excuses used to justify closing every form of entertainment in Kuwait is to "build something new and exciting" but what has been done? Has Entertainment City had any kind of renewal? NOPE! Has Shaab Park turned into a touristic attraction? Hell No! What is left?

Someone needs to really step in and assess the situation that is running wild! What is there left to do in Kuwait?????? Avenues? Eating out? It all gets old after a while!

I took my kids to the ice skating rink today to they could experience it before that too is torn down by the people of Shaheed Park who want to tear it down only to rebuild some kind of concert hall and new ice skating rink. The whole seaside of Kuwait is being closed down to build what? MORE RESTAURANTS??????

Chili's will become a Starbucks so what will McDonald's become? At least Al Shaya has a vision for his take over but Touristic Enterprises just want to take the land that was once useless and is now worth millions and do what with it??? Someone tell me please what will they do with all of this land??

Without vision Kuwait WILL NEVER BECOME A TOURIST SPOT! Even little Qatar has an awesome touristic website and Kuwait has this which froze my computer. I have to say it looks better that it used to. It's funny they list parks and recreation but show no pictures.
Posted by Crazy in Kuwait No comments: 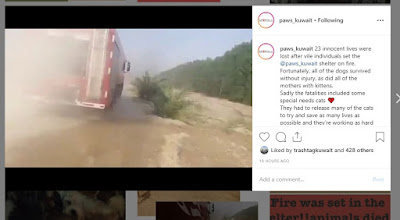 It looks like someone has set fire to the @paws_kuwait shelter with 23 animals dying and putting the workers who live there at risk.

I don't have much info as most of the posts are in Arabic but you can visit their IG page for more contact numbers, as far as I can tell from translation they are asking for food donations for the animals.
Posted by Crazy in Kuwait No comments: