Is anyone ever guilty of a crime in Kuwait? 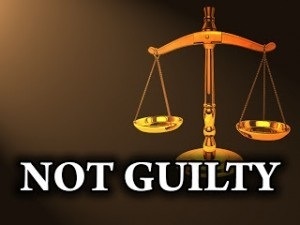 ----Does anyone ever get convicted in Kuwait? It seems as if only 1 out of 5 cases ever have a conviction and if they do they sign a 'good conduct pledge' and serve no time. The only people getting hard time or deportation is someone who doesn't have a valid visa or forgets their driver's license, he will get deported immediately.-----

KUWAIT CITY, July 15: The Court of First Instance acquitted a rent collector and rejected the civil case filed against him for alleged betrayal of trust and use of rents worth a total of KD 45,000 for personal use. Lawyer Khawlah Mubarak Al-Hassawi, who represented the defendant, explained that the Public Prosecution charged the suspect of collecting the money belonging to the landlord and using it for personal use. He had collected the amount from caretakers of the buildings but did not deposit it in the bank account of the owner, due to which he was relieved of his job. However, Lawyer Al-Hassawi countered the allegation, saying the case against her client was not proved beyond reasonable doubt.

Man absolved: The Criminal Court acquitted a citizen of possessing hashish. Case files indicate a friend of the accused borrowed his car and the friend passed by a security checkpoint but he did not stop. Securitymen then forced him to stop, resulting in the discovery of an undisclosed quantity of hashish. He was referred to the concerned security unit where he denied having any link with the hashish and the car. The officers summoned the owner of the car for questioning, during which he denied the accusation saying he handed over his car to the friend’s uncle. The Public Prosecution charged the owner of the car with possessing drugs. Attorney Zaid Al-Khabbaz, who represented the accused in court, demanded for acquittal of his client as he was not caught red-handed. He also pointed out that the investigation results are not enough to prove his client is guilty, adding the testimonies of the two security officers were false. He said his client has no criminal record and he has never been accused of possessing drugs.

Verdict nullified: The Court of Cassation nullified the verdict issued by the Court of Appeals, which indicted a Kuwaiti female consultant surgeon for allegedly forgetting a piece of gauze inside the stomach of a patient after a surgical operation. The court acquitted the surgeon. According to the appeal filed by defense counsel to the doctor Lawyer Hawra Al-Habib, the patient filed a case against her client who works in a local hospital, claiming to be suffering from acute pain after the surgery. It was later discovered that the pain was due to a piece of gauze left in her stomach after the surgery. She demanded penalty to be issued against the doctor. The lower court refrained from pronouncing penalty, but ordered the doctor to pay KD 1,000 worth bail bond and sign an undertaking of good moral conduct for six months. Lawyer Al-Habib disagreed with the previous court ruling, saying her client was not responsible for the damages emanating from the intervention. She declared that a doctor can not determine the effect of operation, healing or its success, stressing that the doctor is only obliged to exert efforts carefully, while the patient should complement the efforts in such unusual situations.

I'm sure most people have seen the numerous ads for "Yaal Mall" or y'all mall as I like to call it. I would love to know how they come up with the names for places. Yaal Mall is now open with a few stores ready for business. There's True Value on three floors, a small entertainment area for kids, Papa John's, e Fashion and some other random stores no one has heard of. 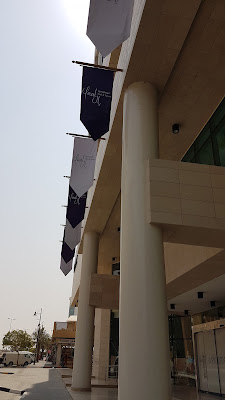 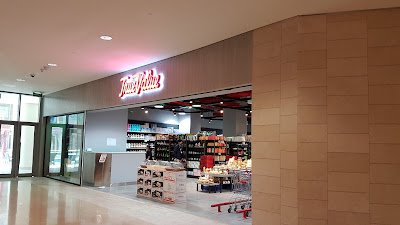 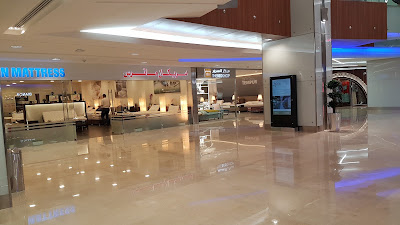 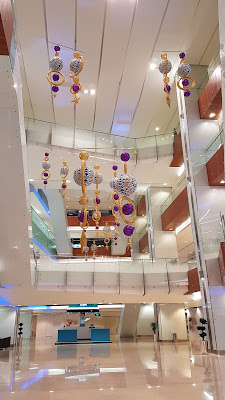 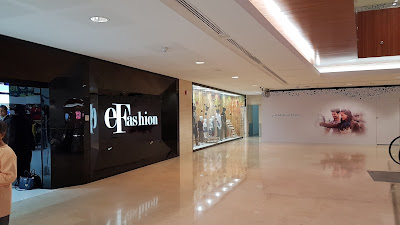 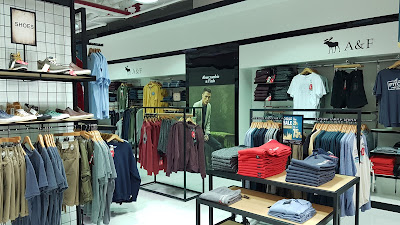 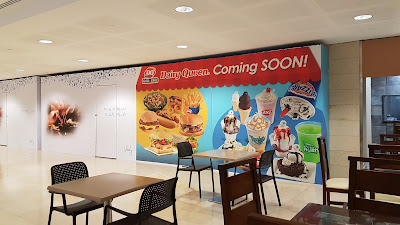 There's a bowling alley and a Dairy Queen coming soon as well. The mall is next to Al Ghanim in Fahaheel.
Posted by Crazy in Kuwait 2 comments:

There's a new slider concept restaurant in Kuwait named Jon Sliders, and they have a menu packed with different kinds of sliders, meat and chicken as well as shakes and sides.

There is a need for the right kind of Slider in the market, so we set out to create a brand with no junk
perfecting the taste in the process and raising the bar when it comes to natural and tasty
We use premium ingredients with Michelin stars chef’s techniques.
The special techniques we use keep the patty fresh & the buns softer
Our Sliders are all about:
★ Hormone Free
★ Real Beef
★ Real Chicken
★ Softer Buns
End Result: Naturally tasty with softer buns and this is What a slider is meant to be
Brand Feel: A modern concept with a vintage feel. A blast from the past. Nostalgic." 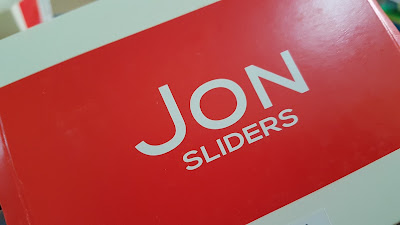 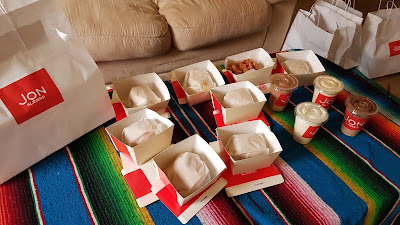 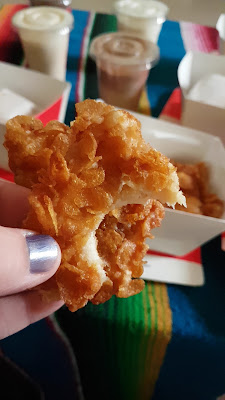 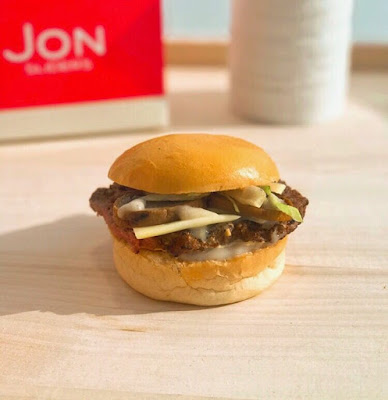 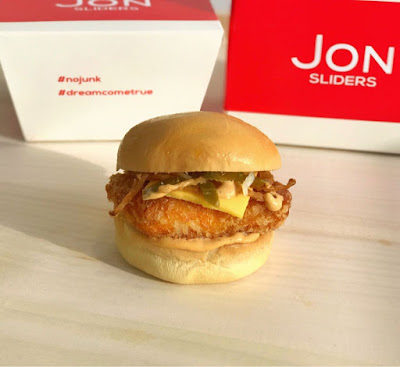 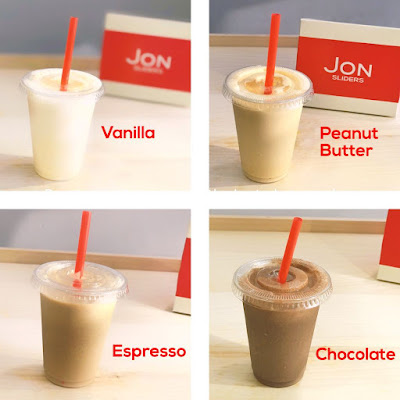 They deliver 24/7 and you can find them on Jeebley, Talabat and Carriage.
Phone number: 66302662
IG
Posted by Crazy in Kuwait No comments: 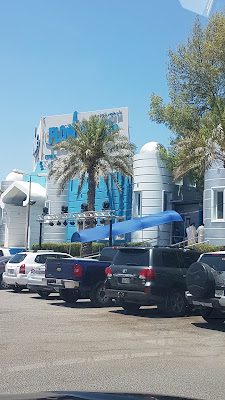 For those looking for something new this summer we have Flowhouse Kuwait located in Abu Halaifa next to Kuwait Magic Mall. It features an underwater oxygen bar which is only the scond of its kind in the world according to their website. You can rent a cabin for the day, there's an in house Ruby Tuesdays and clear lounge smoothie bar.

It also includes a kids area, water slide, outdoor gym and a Flow Rider where visitors can learn how to surf. The tickets are 8 KD excluding the oxygen bar and 12 KD with it and 3 KD for the maid.

I would like to know if they have ladies day.
Posted by Crazy in Kuwait No comments:

Email ThisBlogThis!Share to TwitterShare to FacebookShare to Pinterest
Labels: things to do in kuwait

Wendy's sure did expand quickly, this is their third location in Fahaheel. The other locations are close to Al Seef hospital and Marina Mall. 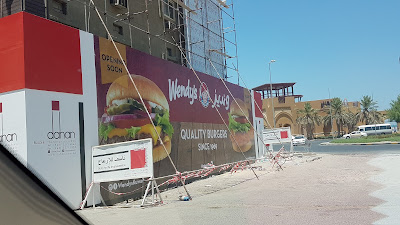 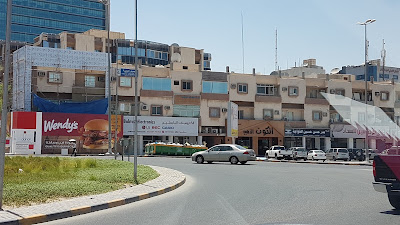 This, however, is the worst location in my opinion with it being right off the round about, no parking on either sides and we all know how crowded this area gets in the evening. The mall will open soon as well. There are so many other new locations instead of putting a lot of money into refurbishing an old building. I'm guessing it has something to do with Al Ghanim being located a couple of buildings down, Wendy's is franchised by Al Ghanim.