I have to admit I'm not one for trying non name brand restaurants because I know I won't enjoy it. The other night everyone was hungry, I suggested McDonald's but the younger crowd suggested Prime & Toast. I already know that it's one of those fufu Kuwaiti restaurants that overcharge but I went along with it. First of all, I really don't understand the name, the restaurant was cute and decorated nicely.

I went through the menu 50 times as I didn't find anything interesting and the prices were high for the generic items they had. I settled for shakshooka because of the low car diet I'm on, I regretted it later on. 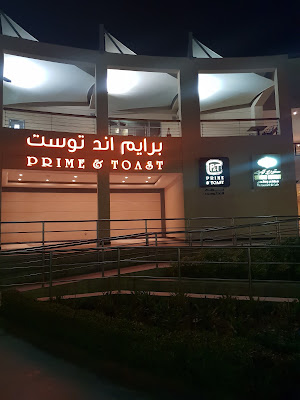 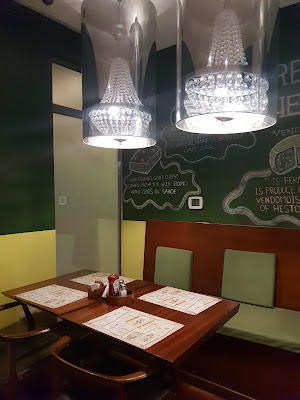 They give you a menu with blank pages for drawing and then pick some out to have printed on the paper place mats on the table which is a cool idea. 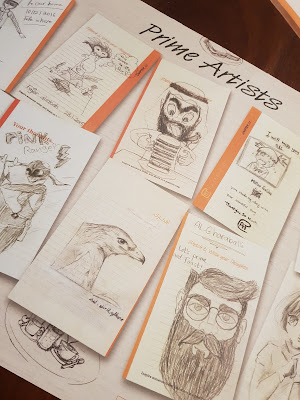 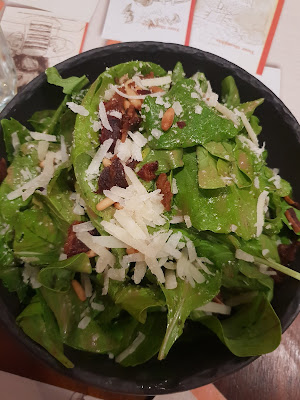 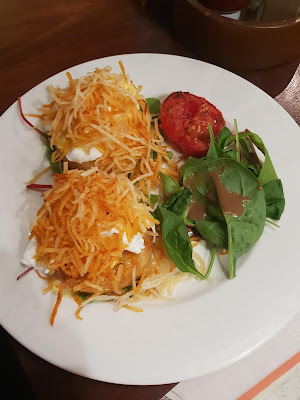 Eggs Benedict: 2/5 the eggs were on top of frozen hash brown patties filled with grease and topped with crispy things on top with a tiny bit of sauce, had to ask for more and when the waiter came back he was like 'there's sauce on it already' well not enough for our liking ok. 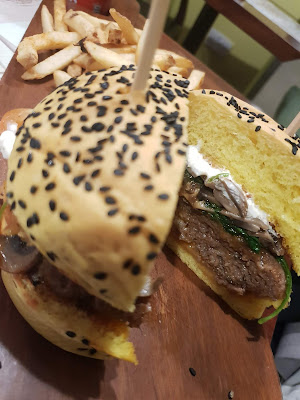 Hamburger: 4/5 that was an awesome burger 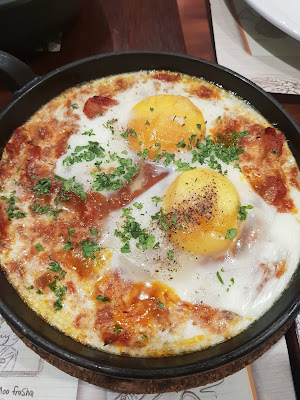 Shakshooka: 2/5  Egg whites looked like snot and the egg yolks were cooked even though they were supposed to be runny, the sauce was overly sweet. I sent it back and I don't know what they did but I just ate it. 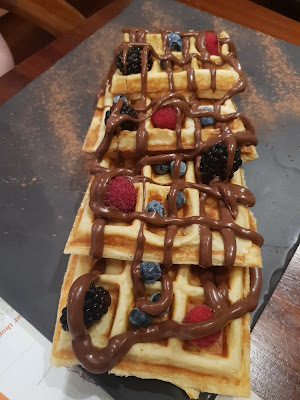 Waffles: 4/5 the youngster was happy with it.

We also ordered pumpkin which was some weird grey color and sent them back, fried beat thingies that were pretty good and tried to cancel some other order but of course they act like they didn't hear that and brought it anyways.

The bill came out to almost 30 KD! The food was below average, the waiter acted like he was pissed every time we complained and it was just a bad experience all around. I definitely won't ever be back or recommend that place especially now when there are better restaurants to choose from.