On my way back from Rawda I saw smoke billowing out close to Kuwait City. I decided to see where it was coming from, as I got closer and closer my heart broke when I realized Mubarakiya was engulfed in flames. There were 20 plus fire trucks on scene and many more on their way. I rolled the window down and felt the heat from the fire, it was massive. 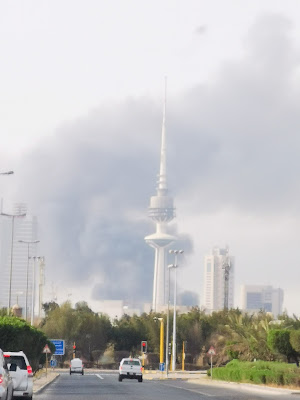 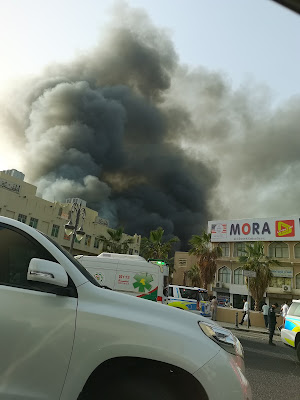 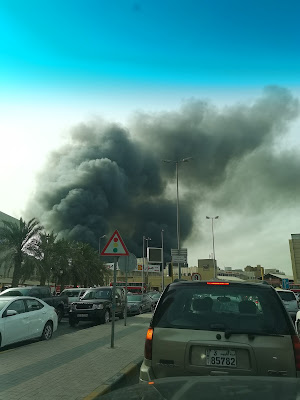 I read around 20 stores had been demolished, I know there had to be more. I watched on IG how wooden beams were falling and it was out of control. I don't think the place was equipped with sprinklers, fire extinguishers or hoses but I can't be sure. I did see expats with garden hoses trying to put out the fire. It was a sad thing to see as this is one of the last remaining historical places in Kuwait, everything else has been demolished. You would think they learned from the last fire that raged in Mubarakiya that proper fire precautions are needed for this important place.
Posted by Crazy in Kuwait