There's a new Mexican restaurant at the Villiage, exit 208. I had heard about it and finally stopped by on a weekday when there wasn't any crowds. I met Chef Jorge who was a totally nice guy and a professional chef from Mexico. He would like to teach classes on cooking Mexican food when he has time. The restaurant is owned by a Mexican lady who also sells the traditional Mexican dresses. I spoke with her on the phone and she seems liek a really nice lady.

I ordered the chipotle beef burrito and my hubby ordered the chicken burrito, they were pretty big in size for 3KD. It was 350 fils for a small cup of pico de gallo which wasn't enough, in California you get a huge amount with burritos. I also ordered horchata, a Mexican rice drink for 1.250, it came in a skinny glass and was about 3 drinks. My hubby ordered sprite in the little can which was 850 fils, ouch! The burritos were a little bland for my liking and this was the first time I had a burrito with white rice. I was told the way we eat in California is the "American" type Mexican food and not the way it's made in other parts of Mexico.

The tamale was really good. I would definitely go again for that. They are usually made with lard so no tamales for me while I was in the states but now I can eat them when I crave one for 2.750 KD. I would have had another one if it wasn't so expensive. I really wanted tres leches cake but couldn't spend another 2.750 KD for a piece. I know some ingredients are imported but this place would be a once a month visit. They are supposed to change the menu next month and are trying to include carne asada. Chef Jorge says they will introduce grasshoppers! Hmmm I don't know about that. 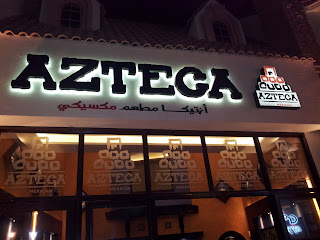 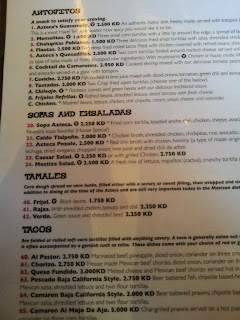 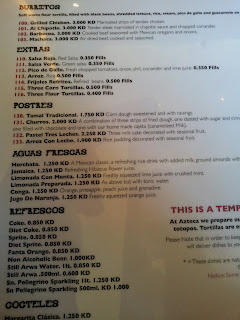 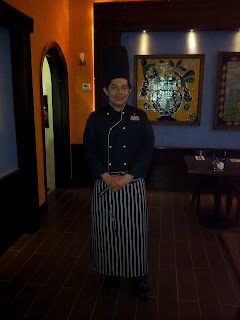 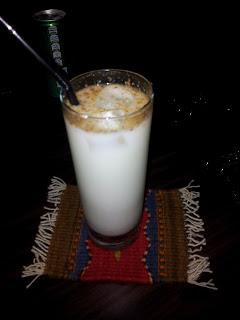 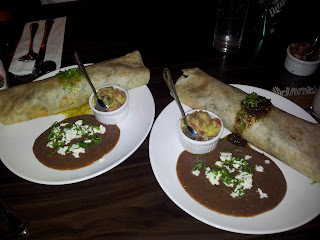 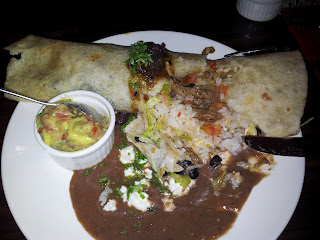 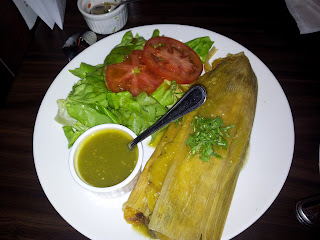 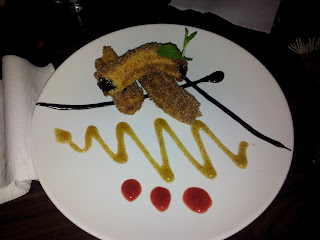 The chef had us try the stuffed churros, which were good but would have been better freshly made, these were a bit rock hard. All new restaurants need time to get out the kinks so I will give it some time and visit in the future to see how they progress.