Landlords in Kuwait, no relief for US

There's been discussions about landlords helping out the renters during this time of hardship with people being out of work and having financial problems. The top one is the request from my residence and the other is a friend of mine in Hadiya. 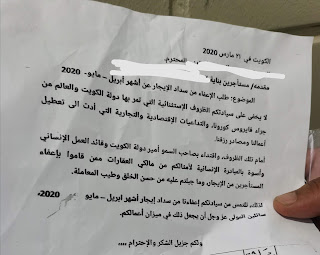 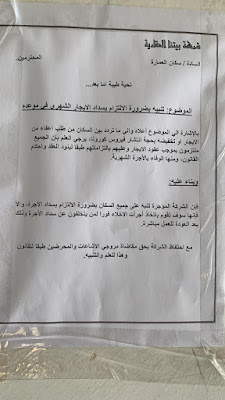 We were both denied and asked to pay full rent. As I've been told by other renters the owner of the building has it registered as private and not commercial meaning no one can put their CID residence on this location, we can't get individual phone lines and I was told I couldn't have a satellite, I could only have the Arabic stuff that the house has but finally was allowed to have OSN. I was also told the landlord purposely rented out to people who word for the government knowing they would always get a salary if anything happens. The last surprise was thinking there were six apartments in the building that turned into 14 now.

Now I will have a whole list of questions for the next place I plan on renting with after dealing with surprises here.
Posted by Crazy in Kuwait