Yo Quiero Taco Bell! Taco Bell has landed in Kuwait!

TACO BELL is here! Friday marked the grand opening of Taco Bell in the Avenues food court. Finally we are getting somewhere with fast food. My mom was there along with the other hundreds of people waiting for Taco Bell. I can just picture the crowds of people at lunchtime on a Friday during vacation days. That's one time I would have to force myself to go there during the weekend and that would be for Taco Bell. She ordered the Chalupas and they served them with fries? Taco Bell in US doesn't serve fries but oh well at least we have tacos.

They are missing the Mexican Pizza and Pintos n' Cheese. But overall my mom said it tasted the same as the states. No more having to go to Arifjan for tacos woohoo. I just wish they would bring it closer to Fintas area as I hate to go to the Avenues because of the distance and crowds. Now if we could get Wendy's and Arby's or the ultimate place Wal-Mart then I would never leave Kuwait.

Think outside the bun hehe! 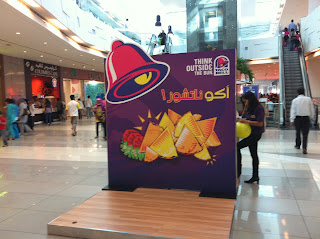 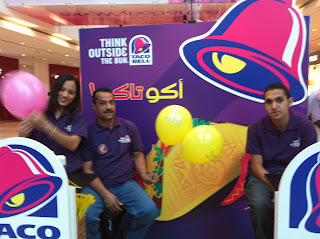 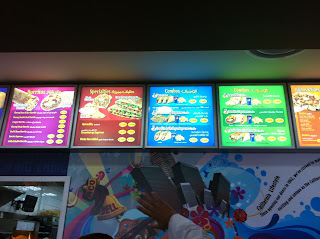 Taco Bell tucked in the middle of KFC and Burger King 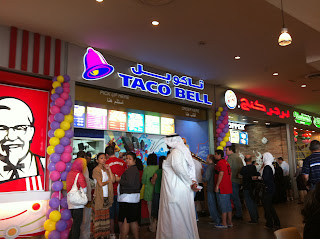 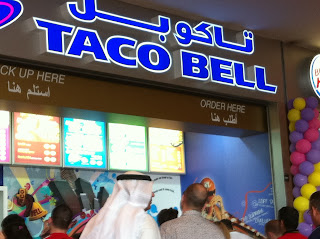 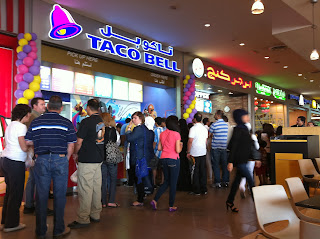 Kuwait is making food progress slowly but surely.
Posted by Crazy in Kuwait