I've seen this museum since I moved to Kuwait but never got a chance to visit until I happened to pass by and the doors were actually opened, it was established in 2003.

"The Museum of Modern Art is an art museum in Kuwait City, Kuwait. It hosts a collection of modern Arab and international art. The building has always served as an educational institution; it was built in 1939 to house the Madrasa Al Sharqiya, or Eastern School in which generations of prominent Kuwaitis studied, including the current Emir, Sheikh Sabah Al Ahmad" 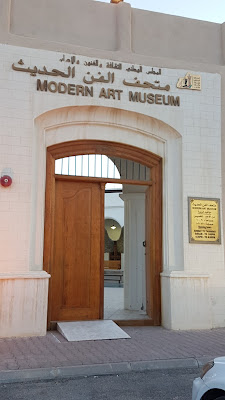 The 'Wings of Mexico' piece by Jorge Marin is beautiful, you can find more info here 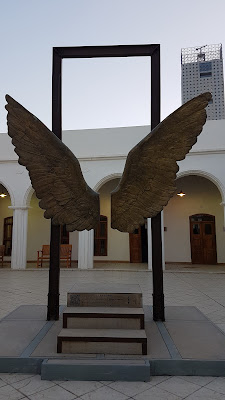 I love old doors and these door knockers are rare and beautiful, just imagine who used them in the past 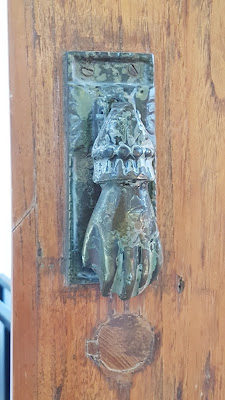 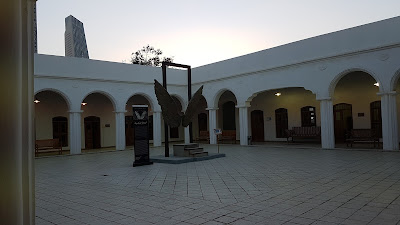 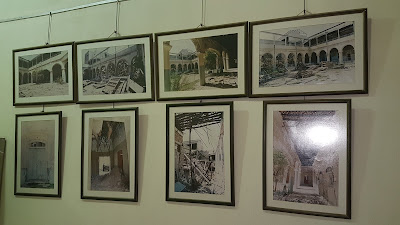 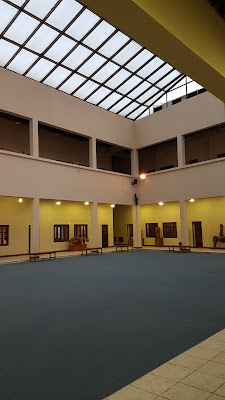 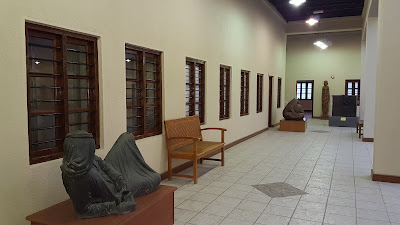 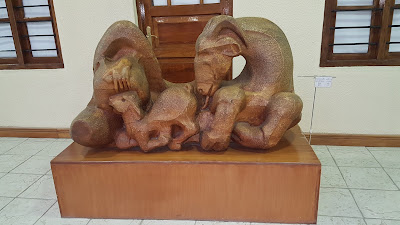 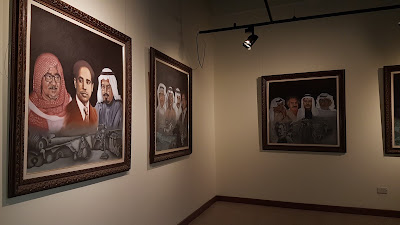 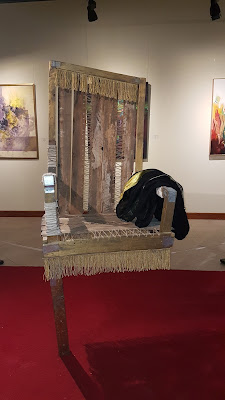 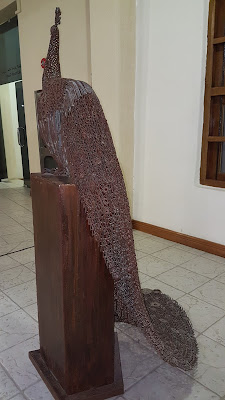 It's located across from Sharq Mall, with weekday hours of 9:30 to 1:30 pm although I caught the doors open in the early evening, the listed phone number is 2292-94444
Posted by Crazy in Kuwait