If you're a long time follower of my blog then you know how obsessed with finding old information about Kuwait and history. I came across this haul of Al Arabi magazines from 1960-1989 with some incredible pictures of Kuwait. After going through these books it saddens me to know that Kuwait was once a clean, green beautiful highly developed country that other GCC countries want to copy. No one would know that now though.

"Al-Arabi was founded by the Government of Kuwait in an effort to establish a magazine that emphasizes Arabic literature. The monthly magazine has always been financially supported by the Kuwaiti Ministry of Information which is the main regulatory body of media in the country.[1] Ahmad Zaki was selected as the first editor in chief of the magazine and the first publication of the magazine was issued December 1958.[2]

Since its first days, the magazine has addressed various important issues in both the Arabic and international communities dealing with all aspects of life. Many of the articles published were contributions from well-known authors, artists and poets; such as Abbas el-Akkad, Nizar Qabbani, Sa'id al-Afghani, Abdul Hadi Altazi, Ihsan Abbas, Yusuf Idris and Salah Abdel Sabour,Dalal Almutairi. The magazine stopped briefly for seven months during the Iraqi occupation of Kuwait from August 1990 to February 1991." Arabic website link 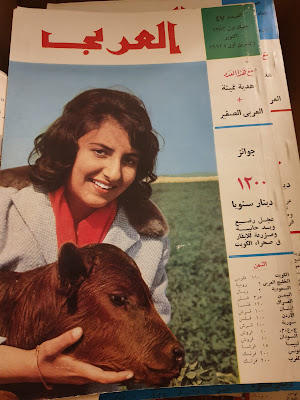 Some of the magazine pages are still sealed so I don't want to tear them, a lot of them include inserts as well. 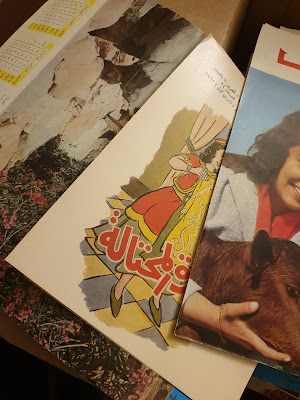 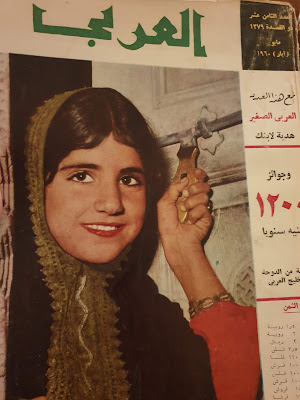 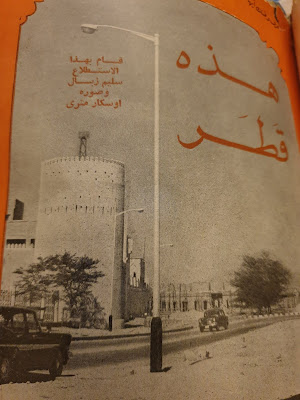 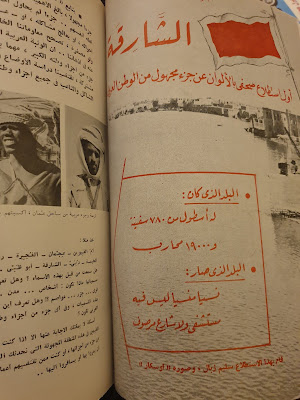 The advertisements back then included soda, cigarettes, cars and televisions 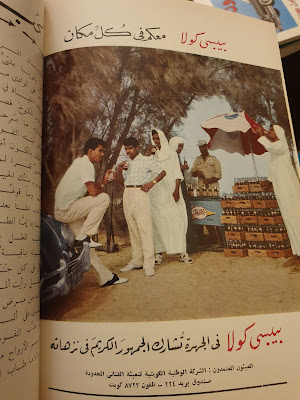 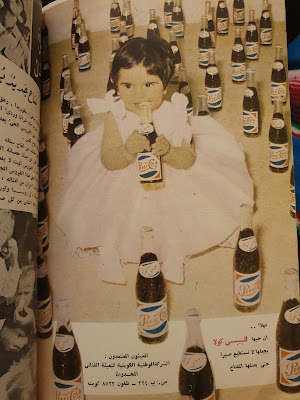 Kuwaitis at work in the 60's 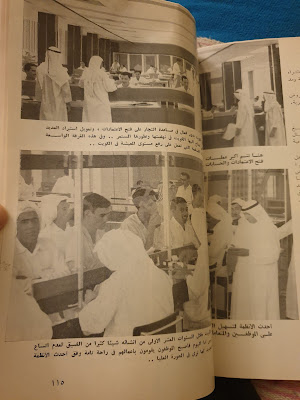 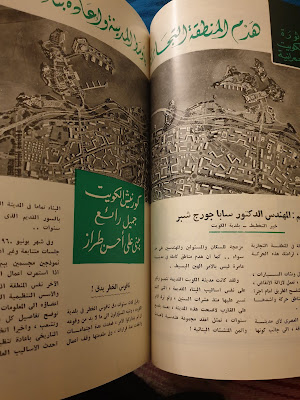 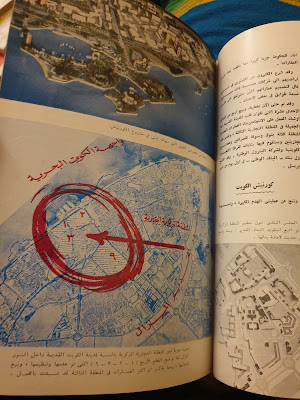 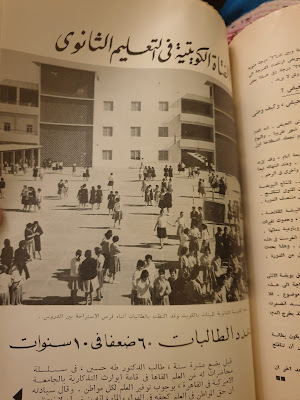 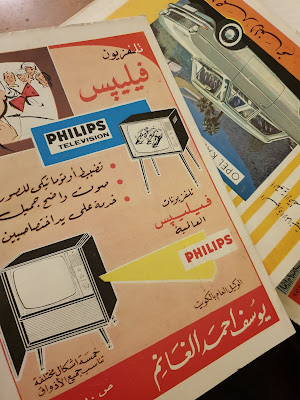 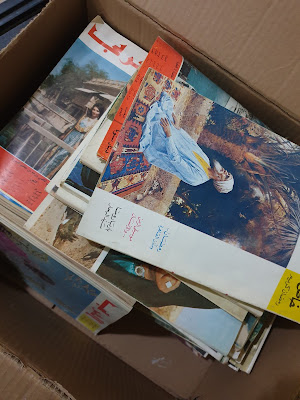 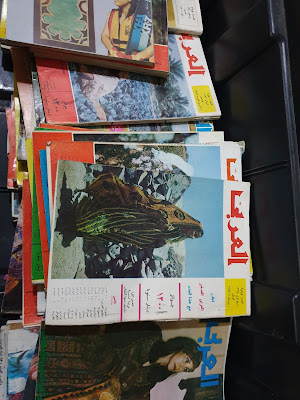 If I'm not mistake this beach picture is from the Gazelle Club? The bottom picture is from what I assume is the beach line in from of Kuwait Magic, the palm trees are still there but there is astro turf and the sea isn't that close to the beach any more. 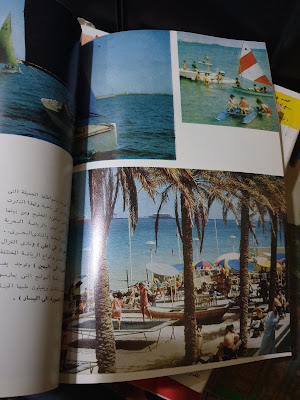 I think the pool picture is from the Gazelle Club 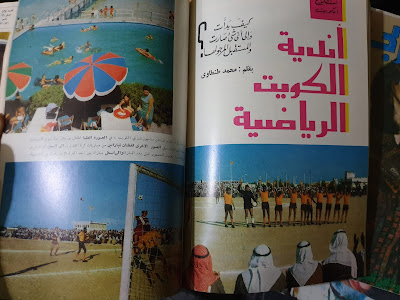 I have such a vast collection, I've separated it into what magazines contain articles about Kuwait which I will keep for my children and the other ones that are of other countries. I'm thinking about scanning the Kuwaiti articles and uploading them to my blog, I'm sure there are lots of people who like to see pictures and articles of the past. Unfortunately I don't read Arabic so I can only enjoy the pictures but I'm lucky to have found these magazines so they wouldn't go to the trash.

You can also read about the other old magazines about Kuwait I've collected, here's the link
Posted by Crazy in Kuwait