I had posted about Kuwait in the 70's based on an article written from a 1969 edition of National Geographic that DG had psoted about. She had a scanned copy of the book. I thought it was so great to have pictures and info about early Kuwait. On Saturday I was volunteering with Operation Hope and one of the volunteers was sorting the book donations. He brought up a magazine and when I saw the cover I couldn't believe my eyes, it was the original 1969 National Geographic edition. The same one DG had posted about!

Then he brought up another magazine from 1952 with an article about Kuwait. OMG! It was in brand new condition. I looked at the pictures and realized they were the same pictures as my slide show of early Kuwait. The article was so 50's and the advertisements were awesome. There was also a 1987 magazine about Saudi women and a 1991 magazine about the Iraq invasion. Needless to say I bought them up immediately. I couldn't believe I had the history of Kuwait in my hands.
My collection........ 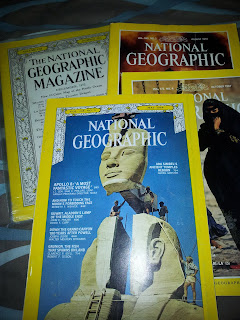 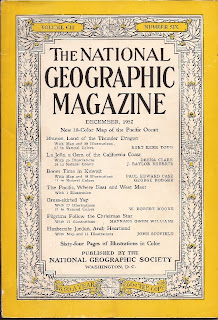 The article about Kuwait in 1952 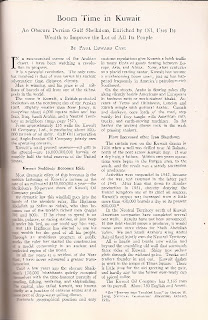 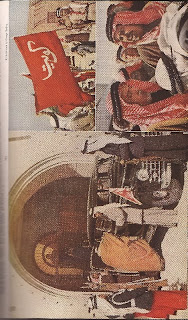 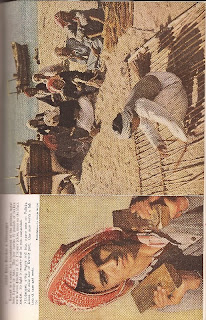 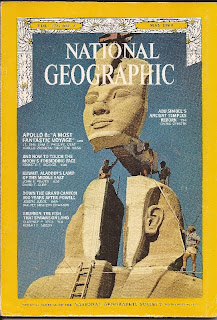 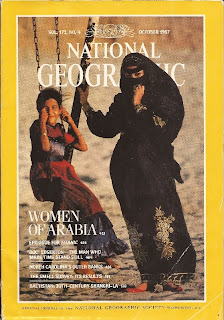 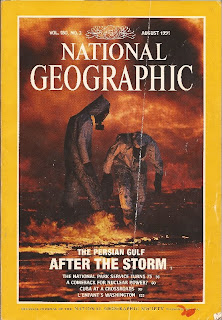 I will have some history for my kids to read about. Unlike other countries Kuwait has taken little action to preserve historical sites. It's like everyone wants to be ultra modern and have the best clothing and expensive cars. Maybe some more festivals like they have in UAE would remind people of where they came from even though most want to forget. You can see women weaving and crafts made from the early days at the UAE festivals. Other than Sadu house are there any other workshops? I know the area in Qurain by LuLu is supposed to be for artisans yet I did't see any workshops or crafts for sale.

There are so many old buildings crumbling away in Salmiya. Why not fix them up and make them rentals? I saw an old building in Kuwait City and it was beautiful yet it was left alone. The palaces that have been forgotten, what about those? Such beautiful and historical buildings in shambles. I really wish I saw them when they were new, I bet they were gorgeous. Stop the greed rich people! Start saving the few old buildings left. It's like rich people don't want to fix the buildings or sell the land. They want to hold on to it just because they can.