Total lock down in Kuwait 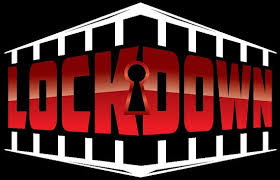 Today is day one of the total lock down, besides the hours between 4:30 to 6:30 which is ok for walking around your neighborhood although a lot of people think the beaches are their neighborhood. I knew about this potential block over a week ago as a lot of this info was already released and most people had an idea it was coming. I got my cooking gas, loaded up on groceries last week and prepared for the chaos that would follow the official announcement.

The day before the announcement the co ops were crowded but the following day there were more than 200 drivers and single men waiting to get in while inside it was packed with people loading multiple shopping carts as if the world was ending. Videos showed hundreds of people waiting in lines that were a mile long waiting to get in. My co-worker, a single American male had to wait for more than an hour just to reach the cashier and he arrived at LuLu a few minutes after 8am and there was already a line even though curfew begins at 8am?

I went to get gas for my car, there were loads of people waiting as well. Curfew violators were let out of jail by paying a fine which defeats the purpose of laws against being outside after the specified hours so no one is really afraid of the consequences. While the Mahboula and Jleeb lock down occured without any given notice this time there was a 2 day notice allowing for the chaos that followed. Some co ops deliver, others won't while some hospitals still take patients and some don't.

I know the reason behind the actions are intended to save people but the way they do things makes me scratch my head sometimes. Lock down was meant to take control of the situation but the 48 hour they gave the country meant everyone was on top pf each other, some without protection trying to get essential items and spreading the virus among people who were otherwise staying at home but forced to come out to get what they needed.

I really hope we reach the peak so that we can come back to some sort of normal life soon. We are safe as long as the airports are closed, once it opens back up that will be another type of controlled chaos in itself. I've heard of the second wave topic as well which makes me wonder if we will have to do this again in the near future?
Posted by Crazy in Kuwait