A couple of weeks ago one our FN buses was involved in a really bad accident. As told to me by one of my co-workers the Kuwaiti guy in the GMC was going 200+ km and came up on his car in the fast lane, the Kuwaiti guy went to the right, clipped another SUV and crashed into the back of the bus. The bus driver tried to gain control until he hit the curb and the bus fell on it's side injuring 30 workers.

The Kuwaiti guy died instantly, several people tried to put out the flames but the car suddenly blew up. The guy's body was later removed in two pieces, half from the front seat and the other half from the backseat. I read about a similar accident in Arab Times but it said the guy was Asian. Maybe a different accident on the 30? 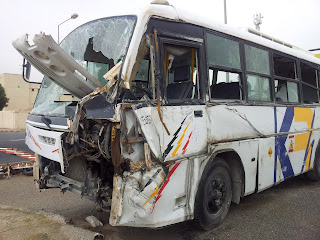 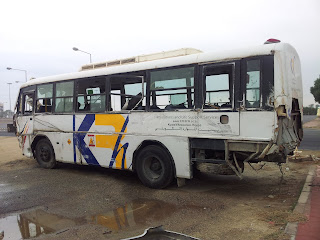 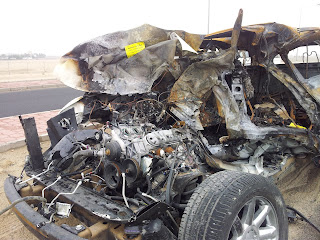 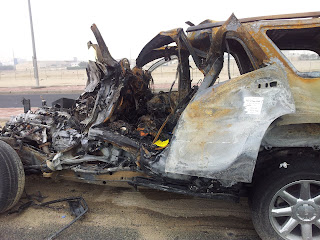 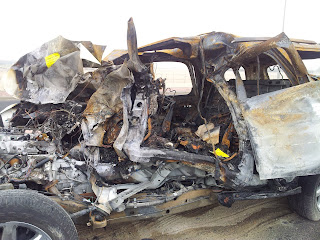 Slow down people!
Posted by Crazy in Kuwait