My husband and I were checking on my car at one of the garages in Kuwait City and as we were leaving I saw this huge building wasting away. As we got closer he told me it was the old Amiri hospital, my first thought was why would anyone let it crumble and die. It's a beautiful building in a crappy area surrounded by car parts and garbage.

I think the whole area needs an overhaul as it brings nothing to the image of Kuwait City. Most of the little shops have been there for many years but since Kuwait is undergoing  a modern change it would be nice if they tore down that whole area and rebuilt it as an area for car garages that follow rules and regulations instead of people who do more damage when fixing cars than fixing. 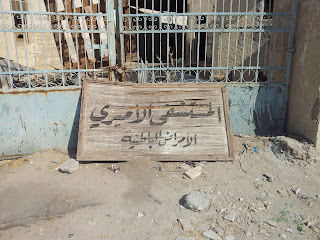 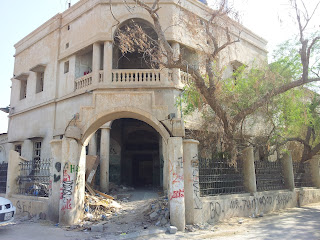 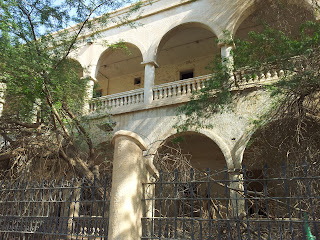 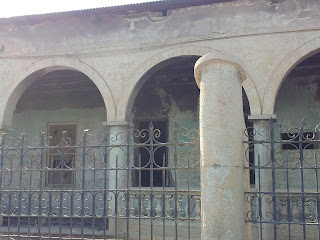 They saved the old American hospital in Salmiya, too bad they couldn't do the same for this one. It's not too late.
Posted by Crazy in Kuwait