I had to have surgery, while I usually go to Mowasat I was curious about Royale Hayat as a lot of the Americans in my company go there so I decided to try it out. When I went for my first appointment the check in was really confusing as there is no number system so you just kind of stand around and run to the counter when the admin looks like they're done. I saw the doctor and set up my surgery appointment.
Surgery day comes and I check in on the third floor. I'm used to Filipino nurses, I really like them and they usually don't hurt you when poking for blood. At RH they had Indian nurses and when she stuck that IV needle in my arm I thought  was going to come off that table, it hurt so bad and she was not easy about it either. After surgery I woke up in a nice room but too bad there was no OSN so I had basic cable with 90% Arabic channels. As time went on I realized I was on the maternity floor.
I could hear women laughing and talking so loud, this was at 9 pm at night. I just finished surgery and wanted to sleep, not going to happen on the maternity floor, there are no visiting times, people can visit 24 hours. WTH? The noise started again at 8 am, I thought I was going to scream, I just wanted some sleep and we all know how grouchy we get when we just want 5 minutes of sleep. I also know there is no way in hell anyone is going to quiet down Kuwaiti chicks without going into battle.
Finally I reached my boiling point and called the manager, I told him I wanted to check out and transfer to Mowasat because I couldn't sleep or rest. I've never been on a maternity floor after having surgery, that is the worst place someone who needs rest could be especially when visiting hours are 24/7. After a couple of hours I was transferred to another floor with huge rooms and no loud people. It was great and the nurses were nice and always there when I needed them.
Yeah I'm sure everyone thinks I'm a complainer but when all you want is 5 minutes of sleep you will be grouchy too and demanding your rights.
The food was pretty good but not much selection.
﻿ 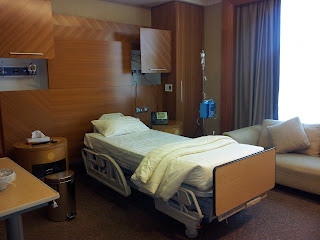 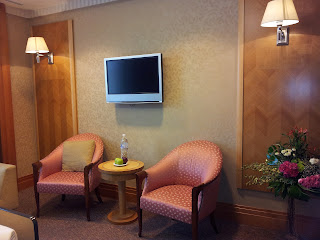 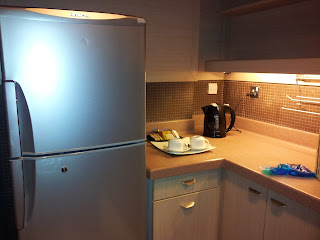 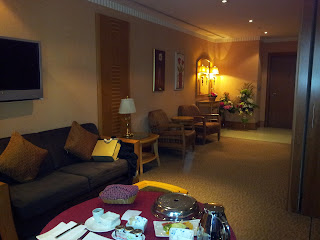 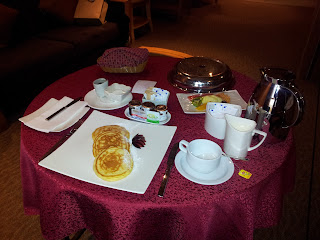 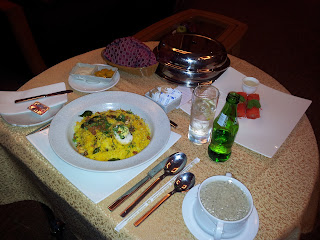 It's more of a hotel than a hospital and I kind of feel it's catered more for those who want to show off and give birth in a fancy place. When you walk into the hospital it feels like a Thai restaurant as the staff are all dressed in Thai outfits and you get the feeling of a hotel check in. During one of my appointments I spent 3 hours there. The doctor was late and I saw her an hour after my appointment time, when you go to give blood there is no one there and it usually takes 20 minutes waiting for someone to get there. If you have an appointment you don't check in you just go sit by the doctors office door and wait for someone to ask you when your appointment is.

When you check out your paperwork is just randomly placed on the counter near the admin lady and when they get to it then you are called. It's kind of chaotic when there's 20 other rich Kuwaiti chicks eye balling you as if you stepped in front of them or something. I really think they should incorporate some kind of number system like Mowasat has that way you won't end up possibly fighting with the other people waiting.

I don't think I will be going back there for anything else. I will probably stick with Mowasat from now on. It's a hospital not a hotel and the doctors in Kuwait are all the same no matter which hospital they are working for. I'm still trying to find American doctors here, at least they would understand what I'm talking about instead of having my husband translate.
Posted by Crazy in Kuwait