I had some Ministry documents to renew, I went to Jaber Al Ali for this task. The one machine needed for 1/2 KD stamps was broke so I was told to put a 1 KD stamp on it! So all of the people getting the same documents that need 1/2 KD stamps had to pay 1 KD instead. I'm not complaining about .500 fils however that is not fair to those people who count every fil due to their low salary, this is very unfair to them. 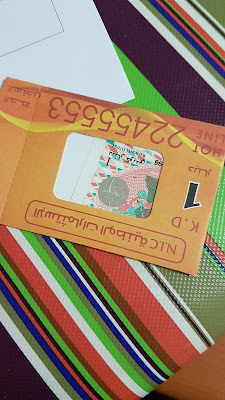 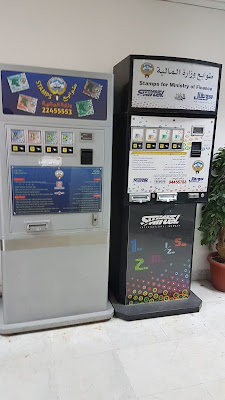 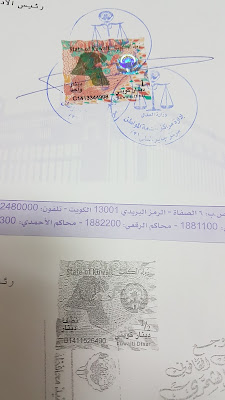 The old document on the bottom with 1/2 KD stamp and the new one on top with the forced 1 KD stamp. Instead of someone calling the company to fix the machines that aren't working they decided it was easier to over charge people. There was a guy downstairs filling the machines with new stamps but didn't bother to go to the second floor to check on the broke ones. Very clever way of making more revenue Mr. Ministry!
Posted by Crazy in Kuwait