The AWARE Center offered a group visit to Al Shamlan dwaniya in Kuwait City, one of the many old dwaniyas on the gulf road that I've passed many times and wondered what the inside looked like so I joined. We met at the AWARE Center and then took a bus ride to the dwaniya. 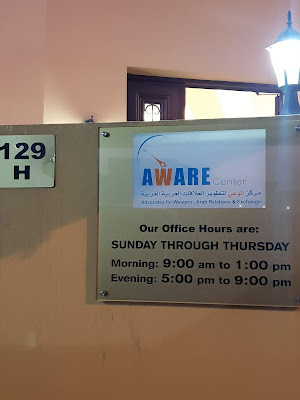 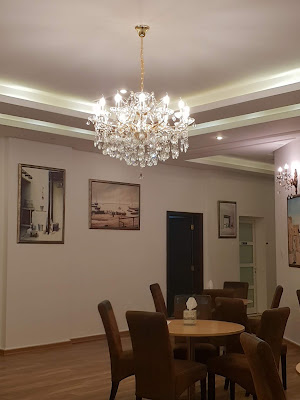 These few remaining buildings are from the early 1900's with one masjid close by dating back to the late 1700's. I learned that there are about seven main family dwaniyas along the coastal road that are owned by the government but operated by the families. Once upon a time the area along the coast was all old Kuwaiti houses and when oil and money came the government bought the lands and gave the families money to set up house else where. A few buildings were saved, like the dwaniyas, masjids and Bait Dickson. 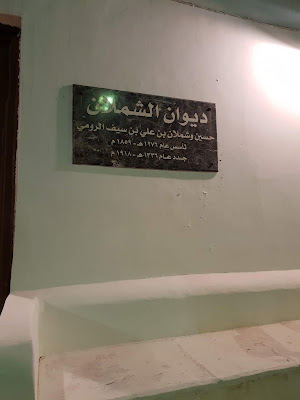 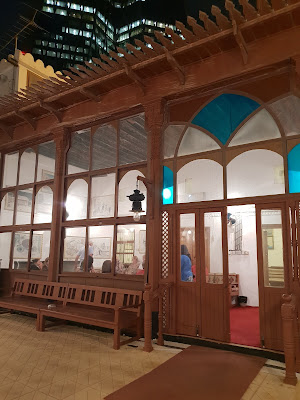 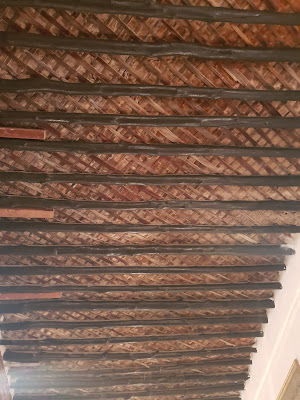 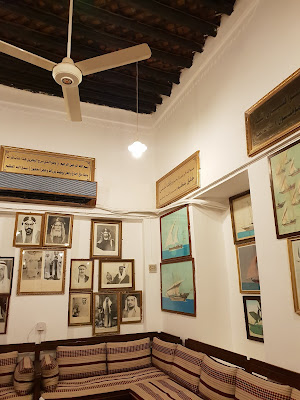 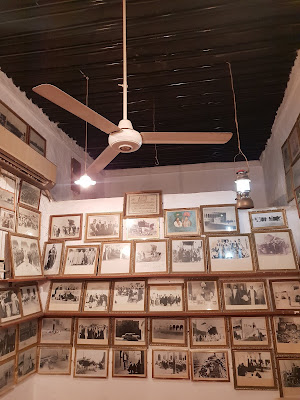 It is still used today for meetings and gatherings for men. There were some old original photos along with the old palm leaf and wood roof. The AWARE Center offers many different outings, most free of charge for anyone interested. You can find their website link for more information.
Posted by Crazy in Kuwait