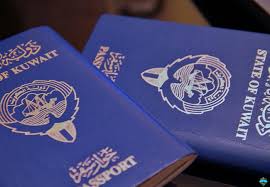 In a related development, Interior Minister Lt Gen Khaled Al Jarrah Al-Sabah unveiled the government’s plan to submit a bill on the citizenship of the abovementioned women. He affirmed the government is keen on ensuring that the rights of foreign women married to Kuwaitis, regardless of their nationality, are safeguarded in case of divorce or death of the husband.

He said the preliminary composition of the project is now in the hands of the Legal Affairs Committee in the Cabinet, indicating a copy of which will be referred to the concerned parliamentary committee for recommendations and opinions in hopes that the project will be approved smoothly without amendments.

On the other hand, MP Majed Al- Mutairi asked the National Assembly Office to expedite approval of his request to discuss his proposal to write off loans. He pointed out that he did not submit such a popular proposal to wait for its turn in the legislative pipeline.

Al-Mutairi and five other lawmakers submitted a request in February for the Legislative and Legal Affairs Committee and the Economic and Financial Affairs Committee to expedite discussion of the proposal in order to quickly table it for discussion at the Assembly. However, the request is still at the National Assembly Office for revision. He urged the office to quickly address the request as the issue is vital, considering how the Kuwaiti public welcomes the idea. He added such reception reflects the hardships that struck Kuwaiti households.

It's good but I have worries about turning in my US passport. It's a requirement so I would really have to sit and think before turning it in.
Posted by Crazy in Kuwait