Yes, there are Kuwaiti Christians living in Kuwait...

The vast majority of Christians in Kuwait are foreigners, although there are native Christians in Kuwait. Roughly 200 Christians in Kuwait are locals/natives, who have Kuwaiti citizenship. Around 50 of them are considered to be 'Kuwaiti', despite originally coming from Turkey and Iraq, as they and their families have been in Kuwait for over a hundred years, and speak Arabic with a Kuwaiti dialect. They have more or less assimilated into Kuwaiti society, with no trace of their original homeland in their cuisine or culture. The rest, roughly 150 or so, are more recent arrivals in the 1940s, mostly Palestinians who left Palestine after 1948, as well as a few families from Lebanon and Syria. Their dialect and culture remains more Levantine than Kuwaiti, and their cuisine is also a sign of their ties to their original homeland. Although they are not as assimilated as the former group, the latter group is just as patriotic and tend to be proud of their adopted homeland. Most of Kuwait's local Christians belong to 12 large families, with the Shammas (from Turkey) and the Shuhaibar (from Palestine) families being some of the more prominent ones.

Kuwait is the only GCC country besides Bahrain, Qatar and Oman to have a local Christian population.
A 1980 law prohibits the naturalization of non-Muslims. While Muslim Kuwaiti male citizens are allowed to transmit their citizenship to both their spouses and descendants, Christian Kuwaiti males are only allowed to transmit their citizenship to their descendants, and not to their spouses.

In Kuwait, it is not allowed to proselytize Muslims. Christian publishing houses are not permitted. Organized religious education for religious groups other than Islam is prohibited. However, the constitution allows for religious freedom. Many Churches exist in Kuwait, though they are mostly villas and apartment complexes which are rented out by their respective churches and converted into churches. Kuwait's largest cathedral is situated in the eastern part of Kuwait city- Wikipedia 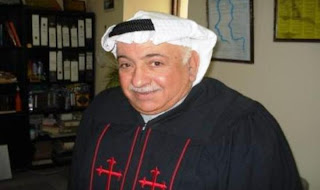 
There are some 350 Kuwaiti Christians by birth today, most of whom belong to 12 large families ,A landmark occurrence for Kuwait’s Evangelical community was the ordination of a Kuwaiti citizen as priest and pastor of National Evangelical Church on January 8, 1999. Emmanuel Benjamin Gharib, born in Kuwait in 1950 and educated in Egypt, is the first Gulf Arab to become head of any Protestant church. “We all feel proud of being Kuwaitis,” he declared. “We were among those who stayed here during the Iraqi occupation.” Gharib told the Kuwaiti press that he planned to initiate Muslim-Christian dialogues in order “to show love for our home which has nearly 200 Christian citizens.” The Evangelical Church embraces more than 40 Evangelical denominations and is frequented by a diverse community of about 16,000 worshippers throughout the week.