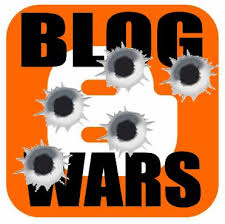 ﻿
What is going on with the blogs today? I have to admit there are a few blogger females I don't care for but I don't fight about it. How well do you know your bloggers? The majority of bloggers are well known, especially the ones making money from promotions and advertising. But what about the ones who never show up to the invites? The ones who always take the products and blog about them but turn down events.

After receiving a weird email from a blogger I had a problem with I can say there is a blog war going on in internet land. A couple of bloggers ganged up on one and did so much damage she deleted her IG, Twitter and made her oh so public blog invitation only. I was out of the loop because I don't read her blog anyways, damn I missed a lot.

The once 'thank you for 2 million hits' has sadly been reduced to 'no access'  and closed indefinitely. I'm not talking about Desert Girl! It's another 'southern female' blogger. I won't go into details about what happened but lying about your life, looks and all details of your publicized relationship will end up biting you in the butt.

UPDATE: So it seems AG has ousted Expat and the city for who she truly is and for some odd reason I was dragged in the middle. I received and email fro E&TC forwarding me an old email from AG from 2013 saying some rude things about me, like I really care. I'm drama free people so leave me the hell alone! I have no time for soap opera/ drama shows, if anyone has anything to say/ask feel free to meet me, I prefer face to face. AG decided she didn't want to publish my comment on her blog, it was still in the 'comment' phase and has been deleted. That proves that AG is guilty as well or she would have published it, I guess she doesn't want people to know. 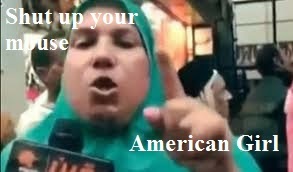