No Freemason in Kuwait? Take a look around! 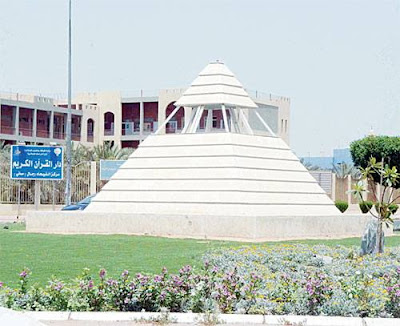 A large structure at a roundabout in Faiha area built in the form of a pyramid is provoking controversy, as some people look upon the figure as a symbol of Freemasonry due to the prevalence of the practice in the area, reports Al-Seyassah daily. Mayor of Faiha retired Major General Mohammad Dhahi Al-Hawas refuted the claim saying the structure does not represent the system and institution of freemason.

He explained an engineer living in the area Fahad Al-Waqyan volunteered to design the structure while Kuwait Municipality and the Ministry of Public Works approved of it before execution. He affirmed that residents of Faiha are religious and well behaved, and that the ideology of Freemasonry does not exist in the area or Kuwait in general. He stressed the rumor is unfounded, ruse and misleading, because the engineer who designed the pyramid is not a Freemason.

In his comment, designer of the structure Engineer Al-Waqyan said he came out with the idea based on the beauty of mindset rather than Freemasonry or other ideologies. He corroborated the Mayor saying the residents of Faiha are religious and won’t allow anybody to use the symbol of Freemasonry to represent the area. He indicated the triangular structure is suitable for the location and that water fountain with lights will be built in the same location, indicating he is waiting for official approval of the project.

----Well I guess they don't know about the very large Mason and Eastern Star groups actively working here in Kuwait. Mainly based on Arifjan which includes the company managers. I had never heard of this when living in California, I found out when I started work on Arifjan. These people control the hiring and firing and just about everything that goes on, if you are part of their 'click' then you can be the worst human being but still move up in a company if you have their support.

I've heard they have rituals and and people have to go through initiations to gain entry into this elite club. They hold annual balls here in Kuwait right under the noses of the Kuwaiti security. Don't let their passports fool you just look for their tell tale symbols they wear on their rings, hats, clothing and chains. 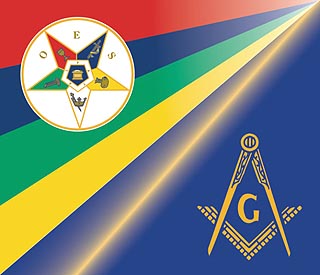 After googling 'masons in Kuwait' I found this old thread with one saying :

'According to my information, Can’an Lodge is recognized by England Lodge .. and I know - in personal - a Kuwaiti brother who has started with some Australian lodge and was accepted in Can’an .. he assured me that they follow England Lodge'

For those who want more information visit their Wiki page.

Use Google people!
Posted by Crazy in Kuwait