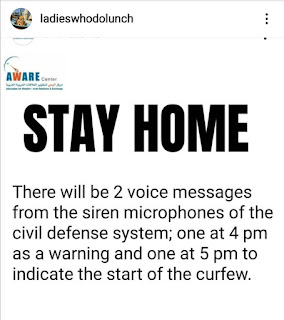 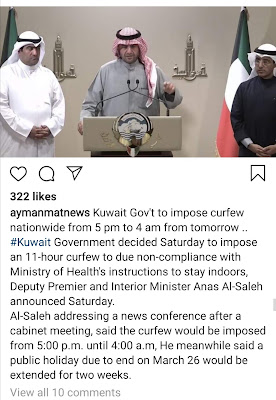 Day 1: I went to the grocery store for shopping as I didn't do any major shopping since this all began, N95 mask, gloves and hoodie to the store. At the supermarket I went to they were spraying the shopping carts but not practicing the spacing of people. As time went by the amount of people increase and it became a little overwhelming.

Once I got out I took off the mask to breathe, it was so hot and stuffy but with that many people so close to each other it was necessary. Once I reached home I took my clothes to the wash and had a shower before I did anything, that's a daily ritual for me. Everyone was waiting patiently for 4 pm to come as we were supposed to hear a siren or some type of warning message but no one I know heard anything besides some mumbling in a distant area. So we all waited for 5 pm to come as the big announcement made earlier was about sirens going off, that didn't happen either.

Now I just go back and forth from my computer to IG to watch videos of smart people getting arrested. My friend and my sister were watching people continue to walk and drive as if nothing was going on, they can't seem to follow the rules.


Those are a few videos of the day showing people don't take the curfew seriously and in time the military may get involved if people continue to be arrogant.
Posted by Crazy in Kuwait