Lost the weight and the Wife 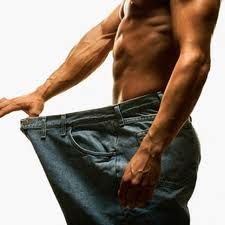 An obese Kuwaiti man decided to undergo a gastric bypass surgery to slash his with to please his new wife. Instead of applauding his new slim look after losing nearly 100 kg, his wife filed for divorce.

The unnamed woman told the court they she had agreed to marry the man because she liked his big body without knowing he was seeking medical treatment to shed weight.

She said that she had not seen him for a long time since they agreed to marry and that he had failed to tell her he would undergo plastic bypass operation.

Once the marriage contract was completed and he went into her bedroom for the first night of their honeymoon, she got the shock of her life.

"He was 180 kg when I first met him and we agreed to marry. When we married and went into the bedroom, I was shocked, he was only 70 kg" the woman told the court, according to 'Al Watan' Arabic newspaper.

The paper then quoted the woman's lawyer as telling the court: "My client has always wished to marry a man with special features. She told me that she had always dreamt of a special husband who would make her happy and proud".

"But after she went into her bedroom she was shocked and frustrated. She said that when she looked at him all of her past dreams vanished and she felt that she lost her youth and became an old woman. She said she was shocked by the way her husband looked and was disgusted by the surgical wounds on his body".link

WTH? And people wonder why Kuwaiti women are unmarried and their men marry foreigners, just sayin'
Posted by Crazy in Kuwait