Violence in Kuwait is out of Control 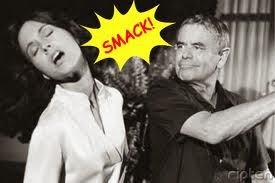 Four juveniles acquitted of assault, theft
KUWAIT CITY, April 9: The Court of Appeals presided over by Judge Anwar Al-Enezi has overturned the verdict issued by the Court of First Instance, which sentenced four juveniles to one-year imprisonment with hard labor for attacking one of their friends and robbing him of his possessions in the parking lot of a commercial complex. The court instead acquitted them of all charges. According to the case files, the victim met the suspects in the parking lot, where they punched and kicked him and used knives against him. After subduing him, they took his mobile phone, credit cards and drivers’ license, after which they ran away. The victim was taken to a nearby hospital where he received a medical report, indicating the injuries he incurred due to the assault. According to the testimony of the in-charge officer, covert investigations revealed that the suspects assaulted the victim and injured him. The suspects confessed to the crime after they were arrested and interrogated. Lawyer In’am Haydar, who was representing one of the defendants, affirmed that the case lacked substantial evidences to support the allegations the victim made against her clients. She indicated that the victim refused to disclose the identity of the passerby who reported the incident in order to obtain the full account of the incident. She also revealed that none of the reported stolen items was found with the suspects.

Wife assaulted: The Misdemeanor Court acquitted a man of beating his wife and causing her injuries. According to the case file, the wife filed a report against the husband whom she accused of coming to their house in Al-Qurain area and asking for the civil ID and passport of their daughter, and when she declined to answer the husband, he punched her seven times and kicked her with the leg. He is also alleged to have pushed the woman to the floor and she lost consciousness as a result. Medical report confirmed bruises the woman sustained in different parts of the body with additional scratches on the left arm. However, the suspect denied the accusation in the presence of his attorney Mohammed Al-Qattan, and said the wife wanted to sue him for divorce, but he loves her and does not want to divorce her. Al-Qattan implored the court to acquit his client of all accusations against him, because the man has conflict with his wife and the woman wants divorce, but his client wants to keep the family together. The court regarded the accusation as not enough to indict the defendant, and ruled out the medical report.

Let's see here, the husband beat the hell out of his wife and he gets acquitted because "he loves her and doesn't want a divorce?" WTH is going on?
Posted by Crazy in Kuwait