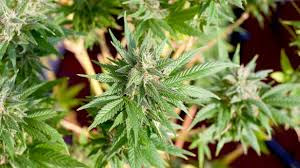 KUWAIT CITY, Jan 21: American Woman Michelle Jackson is collecting signatures to be presented to the US and Kuwaiti government seeking the release of her daughter who is serving time in Kuwaiti prisons, reports Al-Rai daily.

The mother said her daughter was arrested by the Kuwaiti authorities along with her female compatriot friend for possessing and trafficking in drugs. They have been handed long prison terms between 20 and 25 years, says the daily. Michelle told the media in the State of Georgia her daughter and her friend were picked up by the Kuwaiti police in the first week of May 2015 on suspicion of trafficking in drugs. She pointed out her daughter has served in the US Army for 7 years and most of those years were spent in Kuwait. After the expiry of the service period, she said, her daughter decided to remain in Kuwait and worked for a contracting company before joining the American girlfriend, identified only as Larissa, who is involved in music education.

She went on to say, her daughter with her friend were preparing to travel to the United States in early May to celebrate Mother’s Day, but the Kuwaiti police raided their apartment on the same day and seized a quantity of a substance which looked like tobacco but suspected of being drugs.

Michelle claimed results of the laboratory test proved it’s not against the law and a lawyer told her at that time that her daughter would be “released in a month or two or at the most three”, but it did not happen. The mother said her daughter has two children and both of them are now assisting her to collect signatures to petition the governments in the US and Kuwait. So far they have collected more than 5,000 signatures. She added, she also plans to collect donations online to hire a lawyer in Kuwait.

---when are contractors going to learn they can't do the same things they do in the US in Kuwait?
Posted by Crazy in Kuwait