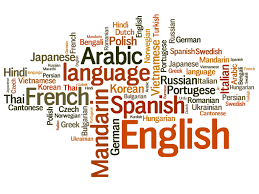 KUWAIT: The Kuwaiti dialect is rich with diversity in pronouncing one word in different ways and using different vocabulary to indicate one meaning based on the area. Depending on the dialect, Kuwaitis can tell where a person comes from, be it from the areas of Qibla, Al-Murqab or Sharq. For example, people from Sharq pronounce the word sugar as “shekar”, while in Qibla it is pronounced “shakar”.

There are different reasons that created such diversity in the Kuwaiti dialect, researcher Khaled Al-Rushaid said yesterday. The main occurrence was the spread of the plague in 1831, killing 90 percent of women then, while men survived as they were away for the pearl diving season, he said. Later on, the men married other women from neighboring countries, thus introducing new vocabularies and dialects in the country, Al-Rushaid explained.

The second reason was called “the year of hailag”, where a famine drove many people in neighboring countries to settle in Sharq area. The newly-settled groups led Persian words like zooleya (carpet) and khaisha (a sack for rice or sugar) to blend in with the Kuwaiti dialect, he said. Moreover in 1930, an outbreak of smallpox spread in the country killing large numbers of citizens, leading people to marry from other countries again, the researcher added.

Meanwhile, upon the discovery of oil in the 30s of last century, Kuwait started bringing in foreign and Arab experts to work in the oil field. The foreigners introduced English words that Kuwaitis use up to this day, such as double, wire and ariel, Al-Rushaid said. The Indian language also played a role in adding vocabulary to the dialect, with words like tijoury (a safe), dairam (lipstick) among others. – Kuna