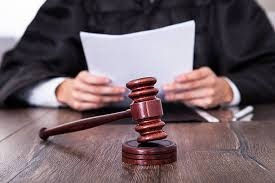 KUWAIT CITY, Aug 22: The Public Prosecution Tuesday referred to the Criminal Court a complaint filed by a Kuwaiti woman against a former MP. She accused the former MP of deceiving her into having a sexual affair with him under the promise of official customary marriage thereafter, but he later backed down on his promise after several sexual escapades.

The Public Prosecution filed charges against the suspect after hearing the victim’s side of the story and summoned the former lawmaker for investigations. The legal team of the plaintiff has included charges for which punishment might extend to life imprisonment.

In her complaint, the woman explained that she went to the MP in June 2015 for help with a job. He then took down her mobile number and started sending her love messages. He then expressed his love for her, promising to marry her. An affair began between them and she eventually fell into the trap of the lawmaker who only wanted to sleep with her and nothing more. When she later expressed her readiness for marriage, he refused. This led her to file the lawsuit against him.

-----This is an interesting read as I know someone with a similar story, she had met a Kuwaiti man while visiting Al Hamra mall and gave him her number. When he called she realized he didn't know English and stopped talking to her. A few days later she received a call from an unknown number, when she answered it there was a Kuwaiti guy on the line telling her he had been given her number by his friend. After talking to him for some time he told her he was an ex MP and wanted to get to know her, this was in July 2015.

He invited her to his office in Kuwait City, Kipco Tower I think it was? He told her to act like she was coming for a job interview so no one would get suspicious. She sat at his desk and he began to tell her he was interested in her. He told her he was unhappily married and was looking for a second wife. He requested it be a secret marriage because he would be running for the MP seat again soon and needed his wife to drive the women's campaign. She told him she wasn't interested in anything before marriage but he kept inviting her to his secret apartment.

She used his wasta to help her with some of her documents as she had recently divorced and needed some help. He helped her with her documents but after that he distanced himself from her and disappeared. She figured he didn't want to get involved with her divorce problems. I'm guessing they won't publish his name due to the new rules, does anyone know if his name starts with an 'H'?

The similarities are scary.
Posted by Crazy in Kuwait