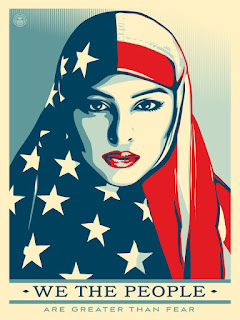 I've heard all the Americans talk about a certain doctor who they all like to go to for whatever reason. I really want a doctor who can understand my needs so I gave this particular doctor a try. Upon meeting him I told him the basics. He asked me about marriage, kids etc. He asked me about some symptoms, one was if I cry for no reason. I told him I have a lot of pressure in life and sometimes I do as do a lot of people. He told me I need a partner, I was like yeah that's true but a good man is hard to find in Kuwait. He started to say something and then stopped.

He told me I was still beautiful but maybe I should remove my hijab. I know he isn't Muslim but how dare he tell me something like that. I was shocked and saddened at the same time. I told him I wasn't and that a man isn't that important. After the meeting I got in my car and burst into tears. It's not the first time I've been told that I wouldn't find anyone because I wear it. I moved to this country because it's a Muslim country, never would I think that one day I would be discriminated against by fellow Muslims.

When I meet someone online or via internet I have to make sure to say that I wear hijab due to the fact a lot of Muslim men don't like it. I've been asked why I wear it the way I do and when I tried a new style I was told I look like Hamas. My mom's Kuwaiti husband had a discussion with his sister about this subject. She told him that with the marriages today a Kuwaiti guy will meet a girl and tell her that he will marry her if she removes her hijab. It really shocks me when they say that while their mother and sisters are wearing it. What has happened to society? How do Muslim men think it's ok to tell a Muslim woman to remove it? Why do they think it's ok to demand pictures of her without hijab before they marry?

All women see are these so called "fashionistas" flaunting their fake eyes, eyebrows, noses, boobs and lips. Everyone saw the video of Zori Ashkanani saying she wished she didn't wear hijab. I feel sad for my young daughter having to grow up in this society where you have to be a certain way to be accepted.
Posted by Crazy in Kuwait