Shakey's Pizza has arrived in Kuwait

It looks as if Shakey's pizza is coming soon, as a native Californian I know Shakey's very well as we used to visit regularly growing up. They had a buffet and round potato mojos. I'm  not sure if the pizza market in Kuwait can handle another franchise but 10 of these are set to open over the next seven years. 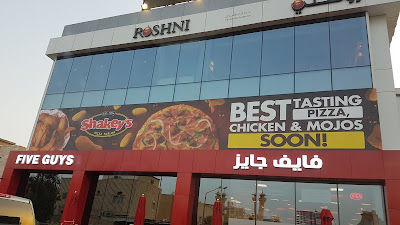 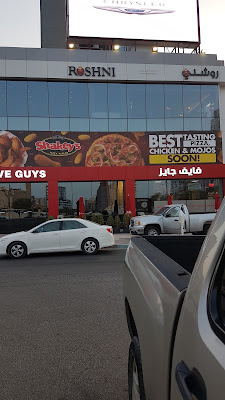 This franchise however is not from USA but from the Phillipines.

---MANILA - Shakey's Pizza Asia Venture Inc. is set to pursue its first overseas venture in Kuwait, its president and chief executive Vicente Gregorio said. The company signed on Thursday a franchise agreement with Kuwaiti partners to open 10 Shakeys stores in Kuwait over the next seven years, Gregorio said.

The first store in Kuwait is expected to open next year, he added.Shakey's Pizza Asia Venture also owns perpetual rights to the Shakey's brand for the Middle East, Asia except Japan and Malaysia, China, Australia, and Oceania.

Shakey's was established in 1954 in Sacramento California, today there are 51 stores in the US with 47 in California alone and over 500 stores globally.
Posted by Crazy in Kuwait