I saw this on IG and took the kids to try it out. After finishing our lunch we ordered the chocolate shake. It took 15 mins to prepare and when they brought it to the table it was a a huge dessert. 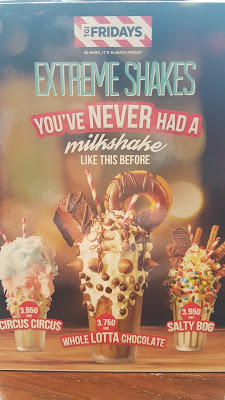 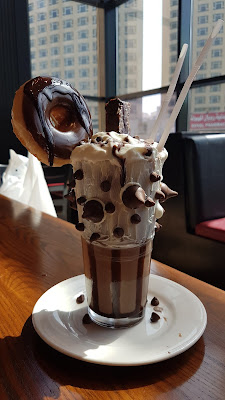 They tried their best to make it the same as the picture but the whip cream had melted and the brownie bite was inedible, the shake itself was pretty good but it was a one time thing. They had another flavor that had bacon with chocolate included with the shake. I'm still looking for these types of shakes so if anyone has one in mind do let me know.
Posted by Crazy in Kuwait