Shakey's is a pizza chain from California and I grew up eating their pizza. The one that was brought here is a Filipino franchise originating in USA. I took my friends and the kiddos to try it out which was a total of nine starving people. The restaurant is located in Salmiya about the new 5 Guys location. You have to go inside the building and up the stairs to reach it. 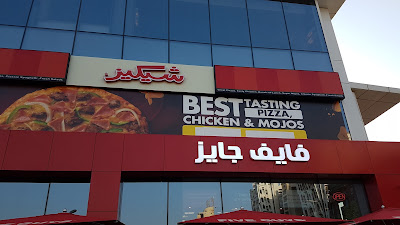 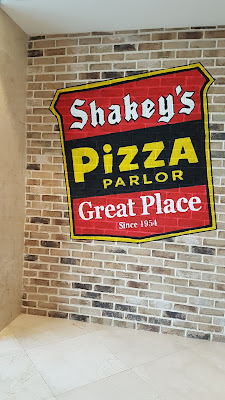 It's a nice big area with ample seating 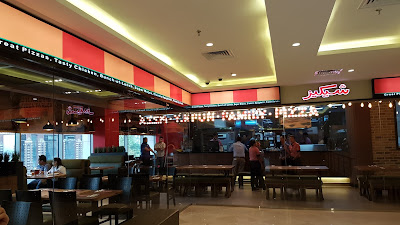 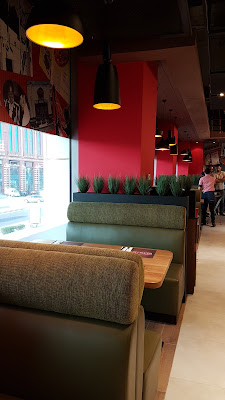 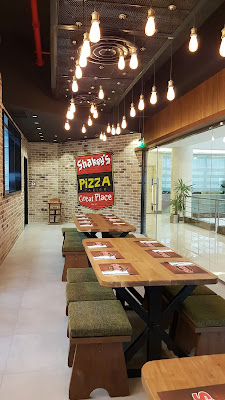 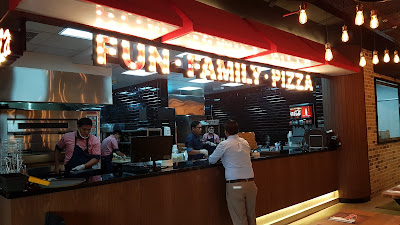 We had a big family deal which cost 30 KD which is quite high but it came with 2 pizzas, 12 pieces of chicken, 2 baskets of mojos, 2 pasta plates and 2 pitchers of drinks. The ice tea is made from a mix and was really sweet. 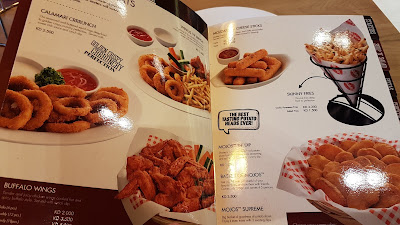 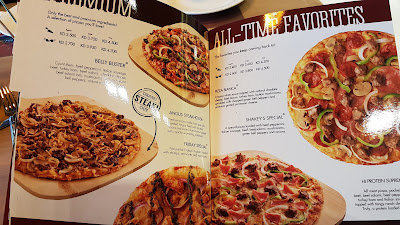 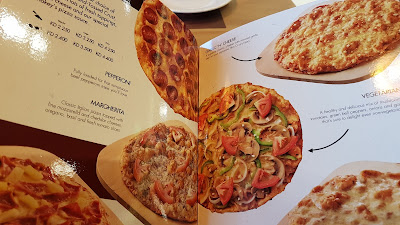 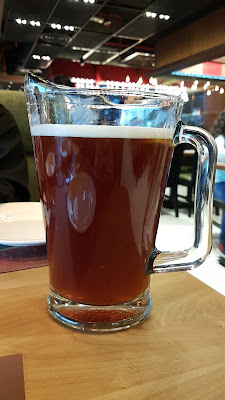 The bread sticks were so good as was the creamy pasta dish, the red sauce dish was not real good. The Hawaiian pizza was a must have where as the pepperoni pizza was so salty the kids refused to eat it and it had to be changed. The fried chicken was pretty good but I don't remember the mojos being so tiny. 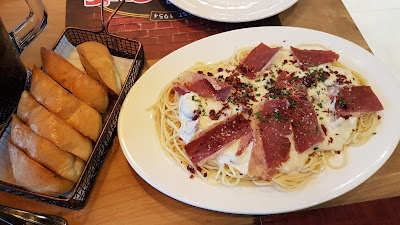 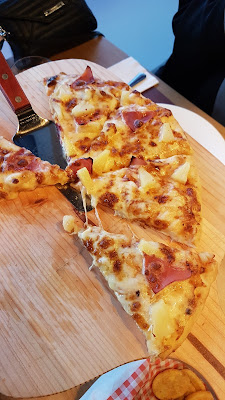 It was a good visit but not one that I would travel far for to be honest. I might stop by if I was in the neighborhood and wanted pizza but it wasn't exactly like the states.

Their location: Salmiya, Salem Mubarak St, Noor Tower opposite Galleria 2000 and you can follow them on IG @shakeyskw
Posted by Crazy in Kuwait