Once again here's an episode of 'discrimination of Muslims in a Muslim country' as a British teacher was sent the following emails in regards to her wearing hijab. 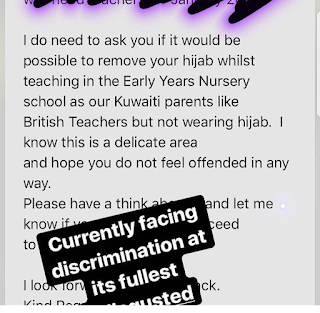 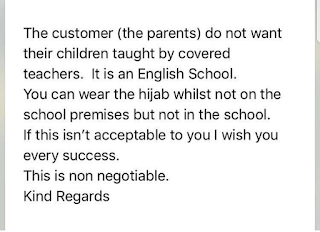 It's sad but not the first or last case in Kuwait as it happens all of the time. I was working for a big medical company in Salmiya for the consultant to the CEO who was Tunisian with a French passport. I wasn't wearing hijab at the time but once he found out I was praying he asked me if I was Muslim and I said yes, he then told me he wouldn't have hire me if he knew that as he can't take me out for a drink. He continued to sexually harass the female Lebanese lawyer and myself in front of the Kuwaiti CEO and managers. A female who worked at the school who sent those emails was told not to wear abaya or any 'Arabic' garments while working there, she wears hijab but wasn't told to remove it at that branch.

I will also say shame on the Kuwaiti parents for what they are doing just because they want to westernize their kids doesn't mean they should discriminate towards others. 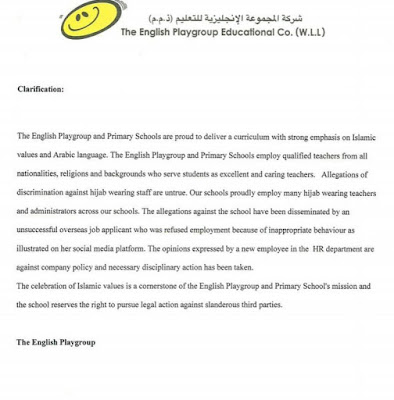 This was sent out today on their IG account in regards to what happened.