Citizenship for foreign wives after 18 Years 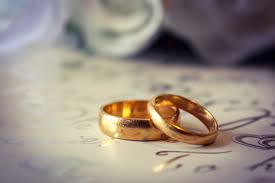 KUWAIT CITY, April 16: The Nationality, Passports and Travel Documents Sector of the Ministry of Interior has submitted a draft law to the Interior and Defence Committee of the National Assembly to amend the law granting citizenship to a foreign woman married to a Kuwaiti, reports Al-Jarida daily quoting reliable sources.

The amended law stipulates that a foreign woman married to Kuwait shall be granted the citizenship after 18 years of marriage, provided the husband shows evidence of continued marital ties between them throughout this period.

The sources added that the new law provides the possibility of granting the foreign wife facilities just like a Kuwaiti woman after just three years of marriage. In the meantime, the sources pointed out that the General Department of Nationality and Passports has stressed in its new draft law that the Interior Minister cannot make any exception to the legal period stipulated by the law to grant nationality to the foreign wife of a Kuwaiti, pointing out that the Department has now stopped all transactions of naturalizing the wives of citizens since the issue is now in the Parliament. The sources also explained that the leadership of the General Department of Nationality and Passports, in the presence of Deputy Prime Minister and Interior Minister Lt-Gen Sheikh Khaled Al-Jarrah, has discussed the new law with members of the Interior and Defense Committee of the National Assembly during more than one session, noting that the members have shown a great understanding of the draft law and promised to include it on the agenda during one of the coming sessions.

It is noteworthy to mention that the law of naturalization of foreign wives of Kuwaitis earlier granted nationality to foreign wives of Kuwaiti husbands after 5 years of marriage. However, it is believed there are many loopholes in the law most notably divorce cases that occur after granting the nationality, which is one of the issues that was discussed with experts of the Ministry of Justice.
Posted by Crazy in Kuwait