I stopped by Fintas Park for a walk and saw workers fixing the basketball courts by adding padding and new basketball hoops. I was disappointed to see them take out the volleyball area but maybe they will add it with a padded ground. They also added some huge shades but out one of the play areas. 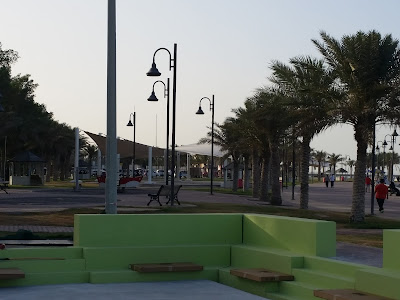 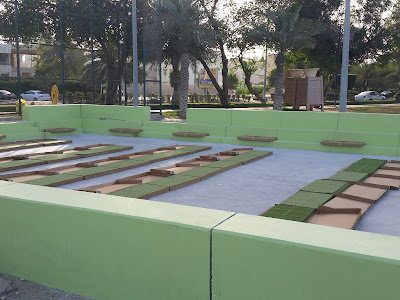 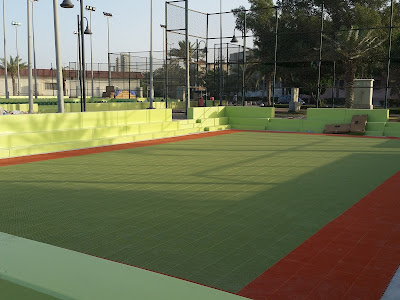 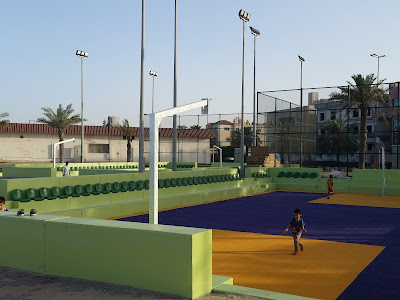 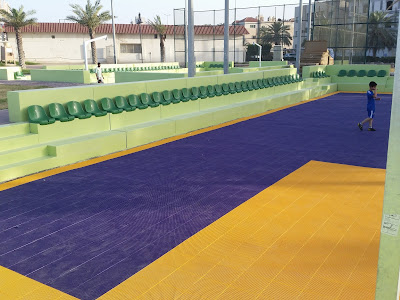 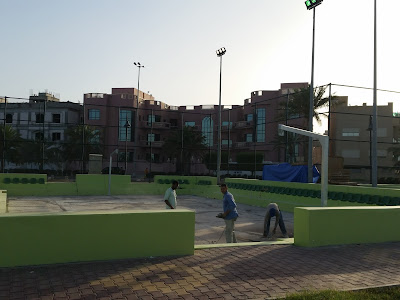 It's nice and clean but I doubt it will last long due to the kind of people living in the area. The park is fairly new and most of the exercise equipment has been broken and the padding for the play areas has been tossed around with some ending up in the ocean. But it is nice to see the place being fixed, now if they would help out the masjid that caters to English speaking Muslims that would be awesome.
Posted by Crazy in Kuwait