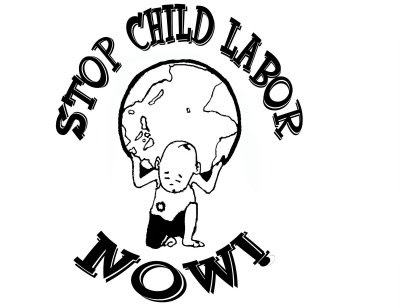 KUWAIT CITY, May 16: Child labor phenomenon in various professions has started spreading in Kuwait due to the difficult financial circumstances of their parents, hence, the recurring scenes of a child selling watermelons or other kinds of fruits on the roadside under the scorching heat of the sun, or a child who is about 13 years old working in a car repair shop.

Perhaps, the awful scene of some small children begging in restaurants or selling some sweets is some of the unforgettable scenes in the worst cases of ‘assassinating’ childhood under the pressure of need and poverty.

A boy, aged 12 and a half years old, said he sells watermelon in Adeiliya because his father (a Bedoun) works in a similar job, selling groceries and fruits on the highways. He disclosed the reason behind him ending up selling watermelons is the young wife of his father who advised him to venture into the business, something that his father was hesitant about but at the end he gave in.

The boy mentioned that his father picks him up after school and drops him at his chosen location to sell watermelons, while the only time he goes home and at least eat is after sunset.

Another boy (11 years old) revealed his father forced him to leave school in order to sell groceries with him on the street. Last year, his father sold one of his kidneys and the buyer cheated him by paying him KD 500 instead of KD 5,000 as they agreed.

He pointed out that his father was a very strong man before he sold his kidney but now, it appears, the remaining kidney is not functioning properly and his father continues to become weaker and weaker.

Asked on his view whenever he sees his neighbors going to school, he said, with a forced sarcastic smile which expresses the pain inside him, “I feel like they are living in paradise and I am completely lost”.

A 14-year-old Arab boy working in a car service garage affirmed that he does not wish to study so he decided to work in a field where most of his relatives work.

He cited high school fees as one of the main reasons behind his father’s decision to make him drop out of school, and when he asked to return to school, his father refused.

In front of a cooperative society, a 13-year-old boy is selling blank CDs and DVDs for his daily meals given that his father suffers from hepatitis and other diseases so he cannot work, whereas his mother works as a maid and receives about KD 2.5 a day. Therefore, he took it upon himself to help his family and the least he can do is to bring food for his siblings.

He added Zakat House helped them only once and that the charitable organizations in the country close their doors on the faces of many needy people while majority of their donations are spent on the construction mosques and hospitals outside Kuwait.

Another 13-year-old boy said he gathers grass for living due to the health of his father and his inability to pay the school fees, given that the school he was enrolled in kept on sending reminders to his father to pay more than KD 450. This has prompted him to drop out of school and collect grass for those who rear birds.

The father of a 12-year-old boy disclosed his son helps him in his garage because he does not get enough to send him to school, let alone the fact that the school fees, rent and high cost of living made his life more difficult. He admitted he has many children and his daily wage is KD 5, but because he works with his child, he gets KD 7 as the wage of his son is KD 2.

Commenting on this phenomenon, Psychologist Dr Abdullah AbdulMuhsin said that childhood is one of the most important periods of human development and the painful memories acquired this time will haunt the person until death.

He explained a child who is forced to drop out of school in order to help in fending for his family through difficult work or even simple labor develops a negative psychological feeling that will affect his young innocent age. Every time he sees a child going to school he might curse his situation that prevented him from going to school, through which another negative phenomenon like smoking and drugs will emerge.

Another expert, Dr Abdallah Al-Ibrahim, cites separation of parents and lack of family warmth as the main factors why a child works in various fields in order to earn a living, especially in a situation where the father cannot properly provide for the family.

He said the child labor phenomenon is common in Bedouns and foreigners, indicating the phenomenon is on the rise so the concerned authorities must address the issue before it gets out of hand.

Labor consultant in Kuwait Human Rights Association AbdulRahman Al-Ghanim asserted there is clear injustice facing many children in Kuwait and the child labor phenomenon is spreading. He stressed the laws should be implemented to stop child labor and the affected children should return to schools with the help of the State, if possible.

Another article from Kuwait Times and my post about a Syrian child selling watermelon. I just had this discussion a few days ago. While sitting at a red light on Gulf Street there were children selling lighted toys and next to them were the police cars with traffic cops walking beside the kids looking for violations of people stopped. Neither of the cops took notice of the kid and didn't mind a small child out in traffic at 11 pm, if the cops don't care then who will?
Posted by Crazy in Kuwait