A friend of mine was visiting from Qatar and some friends of his had a gathering at Dar Hamad so I finally had a reason to check it out. I passed the entrance so I had to go around back and come down by the side of the restaurant to get in, there's valet parking for those who can't walk the 10 steps from the parking lot.

Upon entering I was really impressed with how beautiful it was inside. It was full of sunlight and the old Kuwaiti design with a modern twist was impressive. It is an open dining kind of area in which all tables are rather close together so don't laugh too loud or the whole restaurant will turn to you as we found out while catching up. 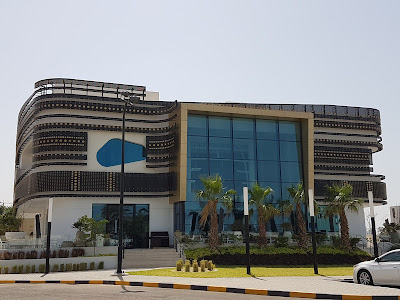 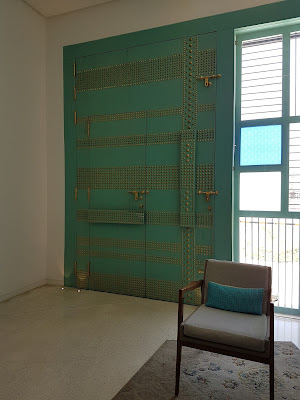 "Dar Hamad Restaurant fantasizing a culture through its food is one way of reintroducing a nation’s identity that has completely forgotten its past and embraced all new futures within every decade that passes by. The older Kuwaiti generation will recognize through the modern aesthetics, familiar elements adorning certain moments on and in the building. The exterior is an offset jewel-like ribboned structure almost veiling the building under it which was based on the Sandoog-Mubayyat; a box usually presented to a new bride housing her dowry. Some other elements like the old shibbak (shutter windows), Bab-bu-khokha were extracted from the indigenous architecture of Kuwait. In contrast to the exterior, the interior is rich in vivid colors and details.The interior has a certain intimacy that is inspired from different design eras of the Kuwaiti houses be it 60’s, 70’s, 80’s or modern day. The same way that a common meal has a different recipe from household to household, the hierarchy of spaces flow into each other with a similar feel yet a different familiar character presents its self in little moments, like the quintessential Iranian carpet, the chandelier, terrazzo tiles (kashi), studs etc." 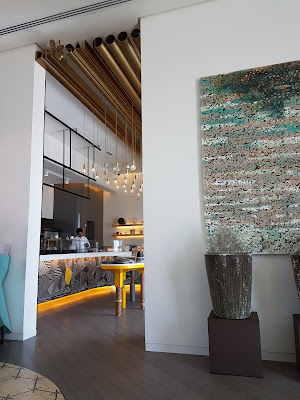 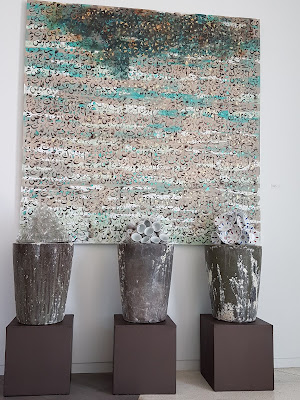 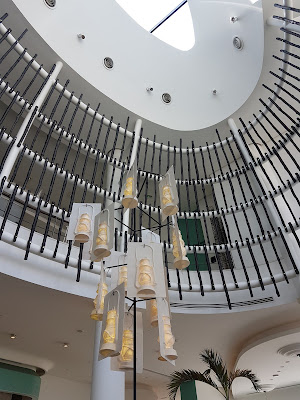 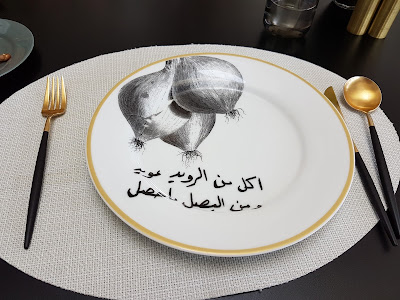 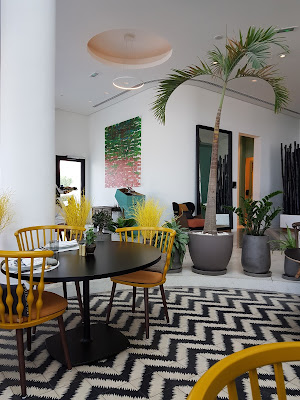 When you are seated a diafa (welcome) which included dates, tahina, freshly made rgag bread and feta cheese. We ordered salads and dolma for appetizers. 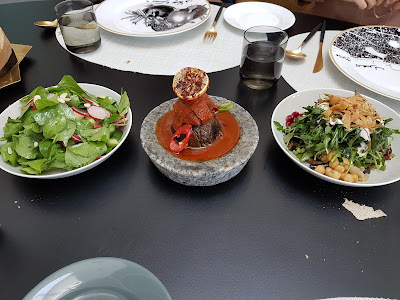 For our mains we chose a kebab in yogurt sauce and shrimp on lemon grass skewers, I definitely recommend the kebab dish! For dessert we ordered my favorite gars ogaily Kuwaiti cake which was excellent! 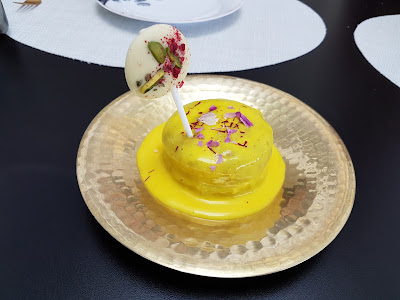 Of course tea was ordered, both regular and karak, the regular one was much better than the karak. 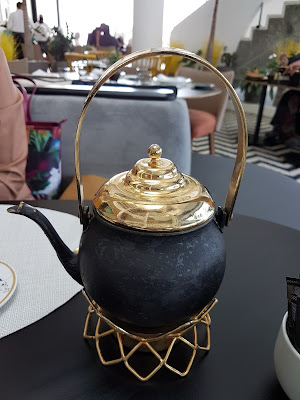 Here is the chef making the rgag crispy bread 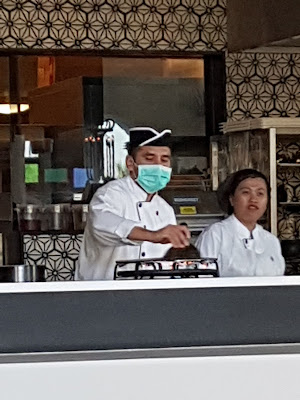 We were a party of four and our bill was more than 50 KD, so it's considered an upscale restaurant I suppose. The restaurant is a little on the small side and I've been told you have to make a reservation, I did see some people go in and come back out so I guess that's true. It was full of GCC visitors and as my Qatari friend told me it's all about bragging rights for social media apps and to tell everyone they visited, it is most likely a one time visit for me,