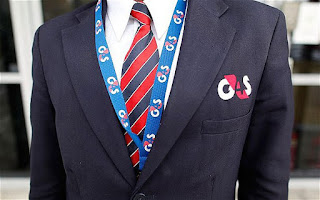 ‘GS4’ to monitor security at airport

The Ministry of Interior Wednesday morning has signed a working contract with the multinational security service company known as G4S, on the grounds of strengthening the security of Kuwait International Airport through series of consultations and specialized training for the airport security workforce.

The ministry, through its media security department disclosed that this London based company is one of the leading companies in the field of airport security, and that this step has been taken in order to increase the level of security of the country’s airport to the highest possible international standard, although it was not clarified whether this step was prompted by the attack on Istanbul’s Ataturk airport Tuesday night.

On behalf of the Minister of Interior Sheikh Mohammad Al-Khaled, the media department stated that this step is but one amongst a series of planned directives aimed at raising the efficiency of airport security alongside the upgrade of security equipment as to keep up with the technological developments of this field.

The minister added that the Interior Ministry has deemed it vital to upgrade the level of airport security in order to prevent any possible dangers and correct flaws pointed out by technical reports, hopefully bringing its status up to one of the safest airports in the region and the world

---If I'm not mistaken one of the security firms for an American company is G4S and they have security guards from Fiji working in their apartment building. Those guys are huge, I had to ask where the were from because they reminded me of The Rock and they told me Fiji, I also had to ask if they had tribal tattoos and do the war dance and they said yes. This led me to ask if they performed their war dance and said maybe October, that would be awesome to see.

If they hired guys from Fiji for the airport I'm sure there wouldn't be any problems, who wants to mess with a 6'5 man with huge arms?
Posted by Crazy in Kuwait