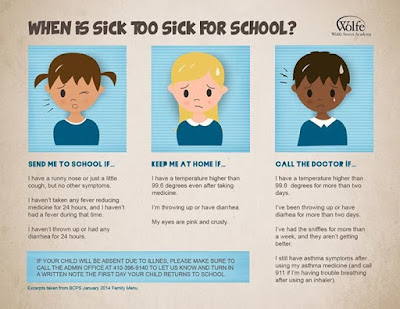 I've just learned that if a Kuwaiti child is sick from government schools for more than two weeks total, the Kuwaiti government will take the father's paycheck!

A friend found out recently when her ex-husband's entire pay check plus government salary was stopped because her son missed school for more than two weeks total due to chicken pox and her moving to an area far away from the school. If the parent doesn't supply a sick note then it is counted against them and eventually calculated and if it exceeds two weeks they take the salary. However, if there are two children in schools and they missed the same amount together then it's ok?

Now, I understand the government is trying to prevent children from staying home but I don't know how it makes sense to take their parent's complete salary leaving them unable to pay for rent, food and expenses?
Posted by Crazy in Kuwait