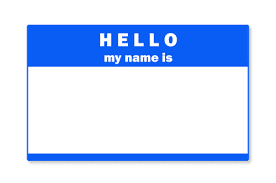 ‘No show tribe, sect’: The Ministry Interior has issued a circular to all ministry sectors according to which securitymen are forbidden to wear name plates on their uniform while on duty showing their family name or tribe or sect, reports Al-Anba quoting security sources. The source noted this action is aimed at preventing embarrassment for officers who may tend to show a soft corner for tribe or sect members while issuing citations.

----Security men would be police officers I assume or military and police? Do they honestly think that will stop the wasta? I know for sure that one can tell another person's tribe/family just by their face so what good will it do to remove their last name? When issuing citations they will read the name of the person and will know if they are related or not, duh. Another question, if a 'security man' makes a problem or harasses you how will you be able to report them if you only see his first name?

How about 'Abdullah 1234' or some other way of knowing their name? I had an incident in Shuwaikh a couple weeks ago with a Kuwaiti woman working in the Ministry. She was rude and mad at  the world and kicked the mandoub and I out of the waiting room beside her office because we sat down so he could explain some things to me. When I asked him to get her name the other lady would only say 'Salwa' and refused to give any other info.

Yes, I would like to have made a complaint but no one will give out their names. When I talked to someone I know he asked for her name which I could not provide. 'Salwa' in the corner office is the only thing I could tell him.
Posted by Crazy in Kuwait