Petition for American in Kuwaiti Jail 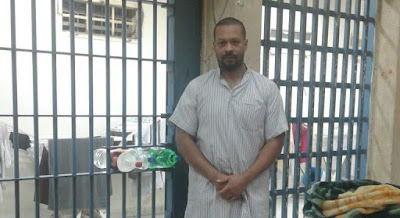 Title: Free Jermaine Rogers. He is one of several U.S. citizens being held unjustly as prisoners in Kuwait.

This letter is being sent to as many outlets as possible to speak on behalf of US citizen and Army veteran, Jermaine Omar Rogers. Jermaine Rogers is a U.S. citizen unjustly being held as a prisoner in Kuwait jail with no sentence.

Jermaine served in the US Army for 10 yrs with the United States Chemical Core. After serving in the military he continued to serve his country by working as a military contractor in Kuwait for over 10 yrs with assignments in Kuwait, Afghanistan, and Iraq in support of operations Iraqi Freedom and Enduring Freedom.

Jermaine's apartment was raided on 6 Oct 2015 under the allegations of selling drugs. The Kuwaiti CID kicked open the door of his apartment while Jermaine was asleep, destroyed his apartment and personal belongings to include a locker with herbs (I.e. raspberry leaves, oregano from the kitchen and various teas, tobacco shisha and other spices were discovered and confiscated. They were said to be a "tobacco-like" substance called chemical. There was also a large sum of Jermaine's monetary savings from his dog kennel. Jermaine Rogers is a dog breeder and trainer holding multiple certifications in training military and protection dogs that he has imported over the course of many years into Kuwait to be trained as guard dogs. His hard earned savings for over 9 years of work overseas was confiscated, which they accused him of money laundering.

The "tobacco-like" substance was sent to the lab for analysis along with Jermaine's blood pressure medicines, and various prescription pills that were all still inside prescription bottles. There was a total of seventeen items tested which all came back with no traces of drugs or illegal substances according to Jermaine's lawyer. Jermaine has provided the necessary proof to show that the money he had was income from the dog kennel and the money he has been saving to finally come home as he was due to in Dec of 2015. He also provided proof that everything he had could be purchased online therefore; nothing in his possession at the time of his arrest was illegal.