My mother and sister came back from the states so during our wait we had something to eat in the restaurant area. First you have to fight over a table when someone finally gets up as most people are camped there for hours taking up tables and chairs. Second you will have to find one of the cleaning guys and ask them to clean the tables. Third you will most likely have to do a balancing act with your food due to the broken tables. 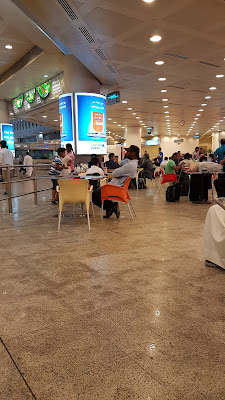 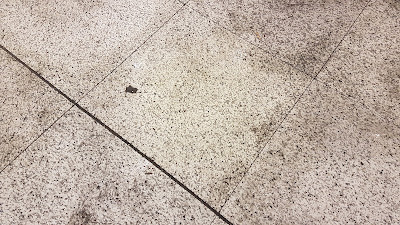 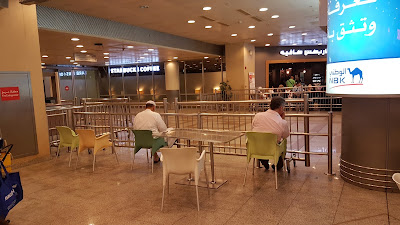 These guys decided to stand and eat their meal 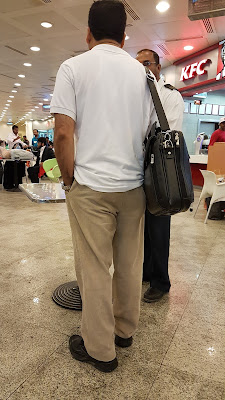 The tables will be left covered in food and trays for a long period of time before one of the cleaners will clean. 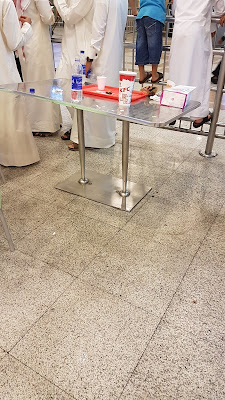 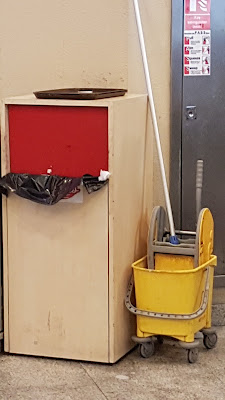 Even the chairs are covered in dirt and grime 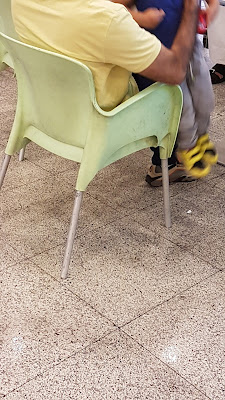 The you deal with the trolley mafia 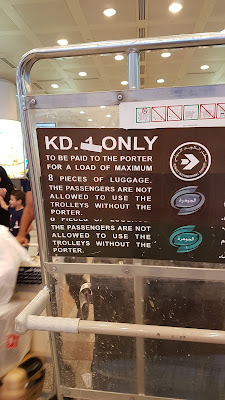 So my mom and sis took one huge trailer for their bags and due to eight planes landing at once it took them more than an hour to get out of the security area. My mom was leaving in a separate car so she took a small trolley and her hubby gave the trolley guy 2 KD. I led the trolley guy to my car and after loading the bags I asked him how much he wanted, at that time I had no idea he had been given 2 KD. He wouldn't answer me, so I asked him again, how much do you need? I pointed the '1 KD' sign on the trolley and he was like 1 KD is for company and I need money. So I asked him how much, again he refused to tell me. I had minimal cash with me at the time. I told him I have 2 Kd, 1 for the company and one for you. He started saying no I need more money, OK, how much do you need? It was humid and I was sweating and arguing with this guy when finally I said I have another half KD and that's it.

I don't understand why it has to be that way when they get a salary, yes it is a rather small salary, I get it but don't stand there and literally argue with someone for more money.

The airport is quite an embarrassing entrance to Kuwait. I can only imagine what new visitors are thinking when they step through the gates. The new airport can't come soon enough!
Posted by Crazy in Kuwait