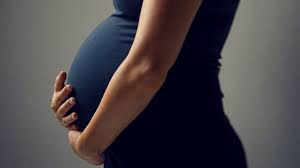 KUWAIT CITY, Oct 26: The Criminal Court acquitted a citizen of having an affair with a Filipina and then sentenced the woman to six months in jail with hard labor for engaging in consensual intercourse. Case files indicate a lieutenant from the Morals Department received information from the Maternity Hospital that a pregnant Filipina came to the hospital. She was interrogated and she confessed that the citizen had an affair with her saying he got her pregnant even if he is married. When the citizen was interrogated, he denied the charges asserting that he is married and he merely provided transport services for the woman to her workplace. Further interrogation revealed the woman confessed that she ran away from her sponsor and she was staying in an apartment in Jleeb Al-Shuyoukh with the knowledge of the citizen. She admitted having several sexual escapades with the citizen thinking he was going to marry her. She claimed that he did not tell her he is married.

However, Attorney Mohammad Safar, who represented the citizen in court, requested for cancellation of the lawsuit as the wife of his client did not file a complaint against him and he was not caught in the act. He then demanded for acquittal of his client.

----So, if his wife didn't report the affair (she probably didn't know) then he cannot be held accountable for impregnating the Filipina? DNA test on the baby, if it survived? Ladies don't ever believe a man will marry you if he is taking something from you, a lot people in this country are obsessed with sex, women and wealth. Don't fall for their lies, Sabah maternity hospital where unwed mothers are is a jail, I've volunteered there and I can say it's an awful place to have a baby.

You will be on lock down in a room with 20 other women, no supplies, no clothing and you will have to raise your baby in that environment until you are sentenced to jail where you will stay with your child until God knows when.
Posted by Crazy in Kuwait