Finally, after 16 years if living in Kuwait I attended a camel race, my first time ever. I took the kids and headed out for the drive which took about 45 minutes to get to the location. We arrived around 1 pm as the first race is scheduled at 1:30 pm although it didn't start until a half an hour later.

There were camels for the kids for free for guests to sit on for pictures. There is an enclosed area inside the building to sit in and view the races but we chose to stand outside next to the track to see the action close up. As the owners gather in their vehicles, the camels take off from the horizon and make their way around the track with a few taking an extra 10 minutes cruising. To me this isn't an actual race, more like practice races for the young camels as most of them weren't fully grown. 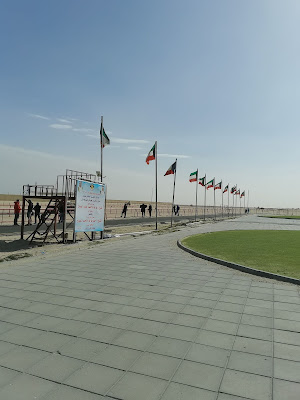 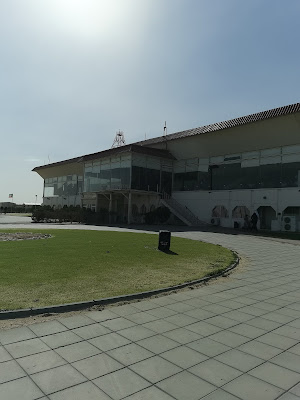 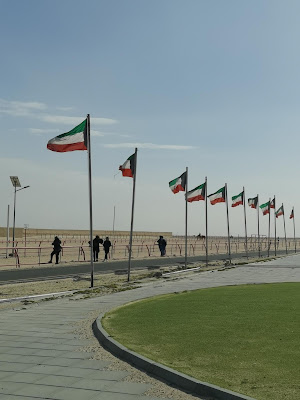 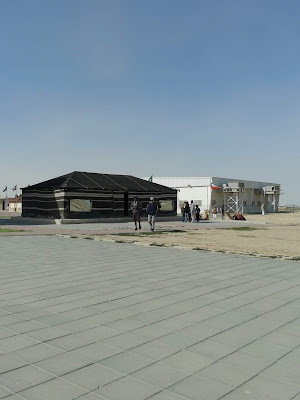 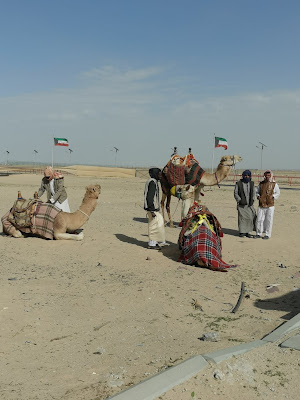 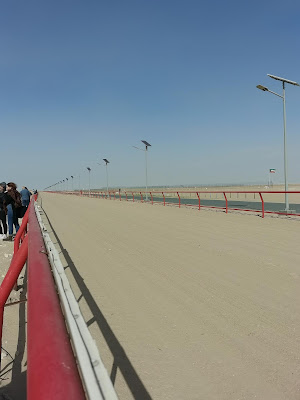 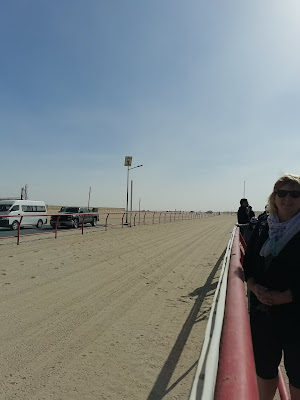 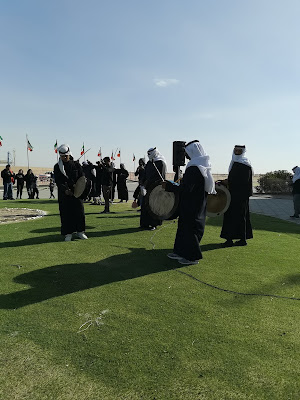 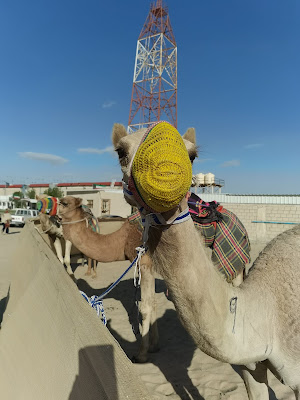 It was a  nice experience and the kids had a blast, I would recommend it 100%

Note: You should bring your own water/snacks as there isn't any at the location, tissue is also a good idea to have handy.
Posted by Crazy in Kuwait