My daughter and I joined @trashtagkuwait team for their first Kubbar Island clean up which turned out to be a very good time while helping clean up the environment. One of the guys was nice enough  to bring his Nintendo Switch which kept a lot of the volunteers entertained during the long journey to the island. 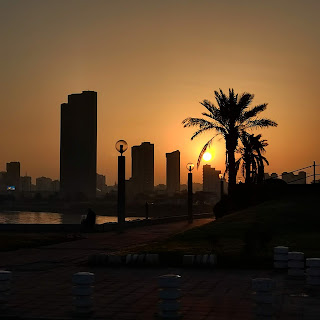 We boarded the boat early morning and were kept caffeinated  by the amazing team from @earthroastery. I'm not a coffee drinker but I have to admit their coffee was really good and made me appreciate their concept of bringing coffee directly from farm to store as they believe in supporting the farmers by removing the middle man. 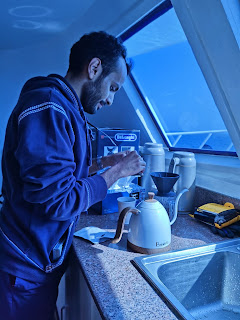 They also have @pastry.coffee which provides their amazing croissants and sweets, they were nice enough to bring us double chocolate and honey oat cookies which were to die for! 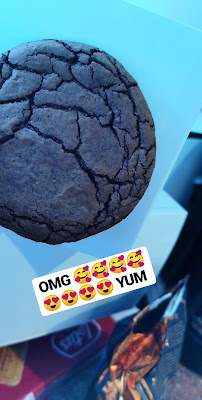 After 4 hours we were finally able to get to shore and start the clean up. We found several orange trash cans on the island which was a good sign that there are officials who care about the place but there again we found a bigger garbage bin that had been set on fire and all of the garbage inside, mostly glass bottles and water bottles were scattered around. 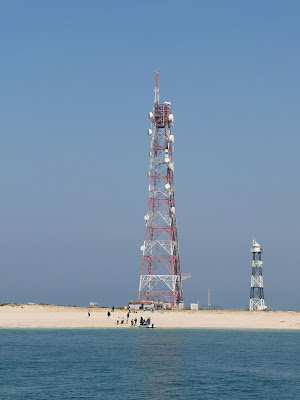 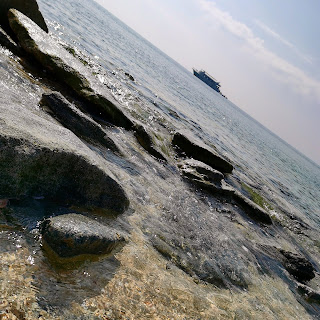 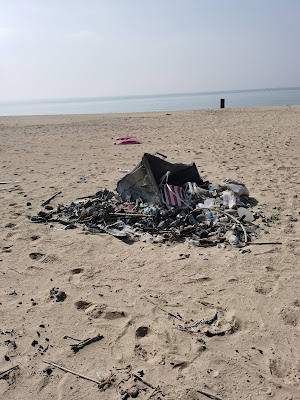 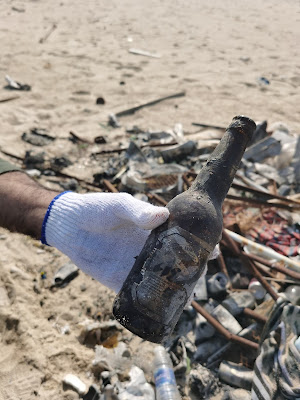 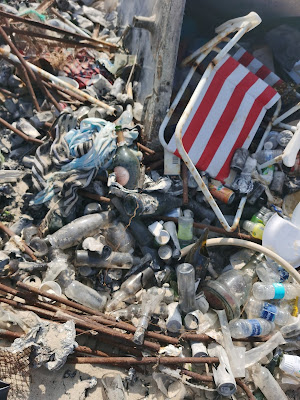 And someone decided to abandon their boat and leave instead of notifying the appropriate authorities to help remove it, I'm assuming they don't want to pay for the removal. 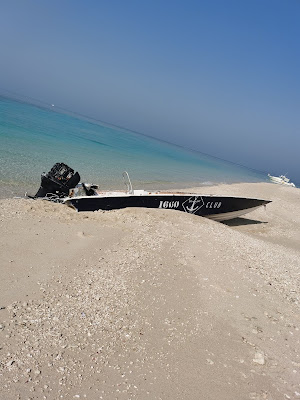 We gathered several bags of waste and a lot of iron pieces to be collected by EPA as we were told, I really hope they came and removed it. 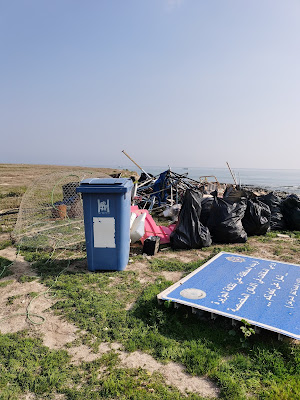 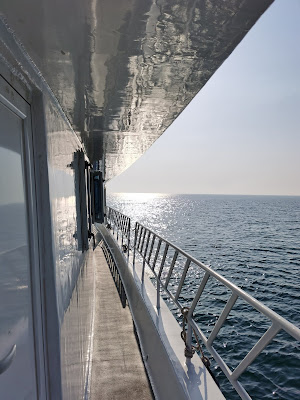 After lunch from Subway we were back on the boat heading home, it was a great journey, thanks @trashtagkuwait.
Posted by Crazy in Kuwait