Ahhh yes finally a trip to the zoo. My mom decided we should take the kids to the zoo. The perfect opportunity to grab my camera and take some pictures to show the mentality of people who visit the zoo in this country. Normally people can't get close to the animals and there are people who work there taking care of the animals, majority of whom have university degrees in various fields dedicated to taking care of zoo animals. There are veterinarians who take care of the medical needs and check up on the welfare of the animals.

Welcome to Kuwait Zoo. There are security guards but they don't do anything because they are afraid they will get slapped by some of the visitors. So they just watch as kids go into the animal displays and feed the animals chips and bread. The first time I visited the zoo I saw 2 boys in the desert tortoise display and they were standing on the turtle. My kids were in shock and disbelief. There were soda cans and people feeding the animals leaves off the toxic bushes.

I walked off and came back to the elephants and watched people throw bread and chips and leaves off the toxic bush. There was an Indian lady handing it bread. I sort of grabbed her hand and told her they don't eat bread just as her husband told me it's OK. I asked him when was the last time he saw an elephant making a sandwich in the jungle? He continued to babble on and on. I had to walk off before I knocked someone out.

The animals had no water and it was hot that day. Who takes care of them? Does anyone really care? They feed monkeys candy and chips, do they really think they should eat that? There is no one to educate the people, they are left running wild through the park. The hippo swims in some nasty green water and the tigers walk in circles like they are delirious. There are signs posted about not feeding the animals but no one follows any rules. 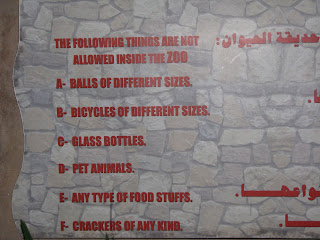 The people eating, having a pic-nic and littering. 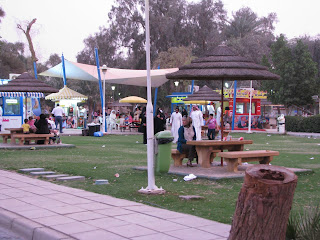 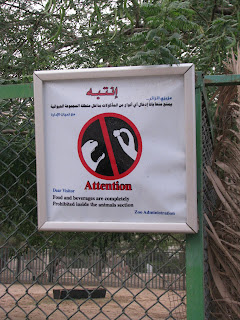 The lovely kids inside the pen with the goats. 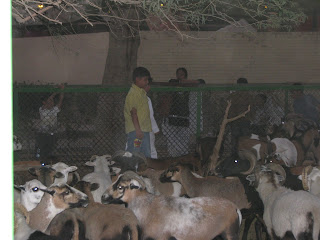 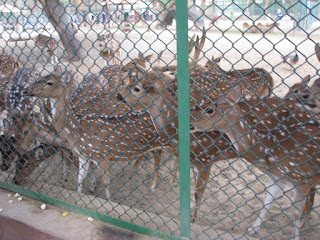 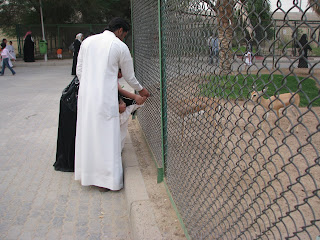 The main reason behind educating people and teaching them what's right and wrong.
Posted by Crazy in Kuwait