I'm sure everyone remembers where they were and what they were doing when the crazy dust storm rolled through Kuwait a couple weeks ago. I was sleeping and when I finally got up I was like... um where's the sun? I had to go check the clock to make sure I didn't wake up at 4 a.m. or something but it was around 8 a.m. I opened up the window and couldn't believe the dust and clouds and trash flying through the air.

I was hoping it would start thundering and lightning and then just rain so hard it would clean my car. No such luck, only the typical result, dirty car and garbage everywhere. I think it was the worst dust storm I've seen since I came to Kuwait. Of course by the afternoon the sky was clear leaving no trace of what had happened earlier. It sucked for those caught outside in it. Suddenly the sky is black and the dust leaves no vision. You just hope no one rear ends you. I hope everyone came out safe during that time. 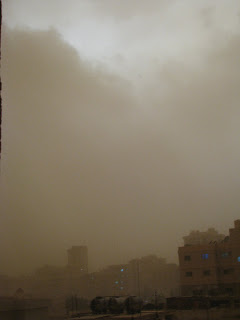 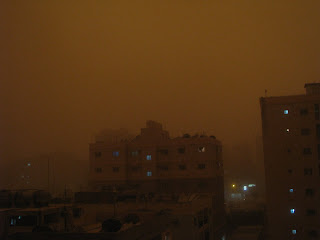 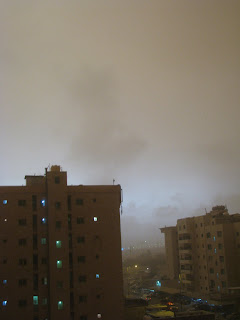 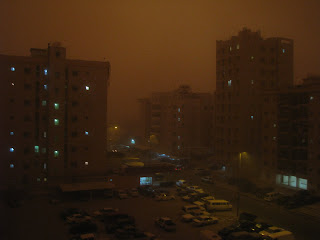 You never know what to expect in Kuwait.
Posted by Crazy in Kuwait