Dog taken to Jail- Only in Kuwait 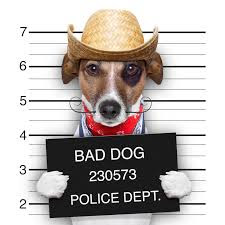 According to security sources, the American expatriate residing in Salmiya area lodged a complaint at Salmiya Police Station, stating that a dog that belongs to a Kuwaiti woman had attacked him and he had to seek treatment in a hospital. He provided securitymen with a medical report to indicate the injury he sustained.

During investigations, the Kuwaiti woman said her dog was probably under the impression that the American wanted to attack her and was trying to defend her. The concerned authorities decided to refer the dog to the zoo. However, since the zoo was already closed, the securitymen detained the dog at the police station.

------So...the dog went to jail because the zoo was closed? I swear you can't make this stuff up.
Posted by Crazy in Kuwait