Tourism in Kuwait? Could it really Happen? 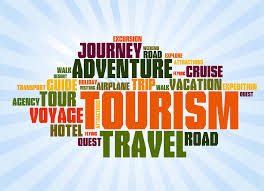 KUWAIT CITY, March 29, (KUNA): The government is seeking to boost the tourism sector in a bid to diversify the country’s revenue sources, Minister of Information and Minister of State for Youth Affairs Sheikh Salman Sabah Salem Al-Humoud Al-Sabah said on Tuesday. Speaking at a conference on tourism and development, Sheikh Salman said that “tourism has increasingly become one of the country’s top priorities.” He also added that the tourism sector in the country has been revamped to produce more growth in that sector.

Moreover, Sheikh Salman noted that the conference highlighted the need to diversify revenue sources, at a time where the prices of oil, which have long been the country’s meal ticket, are in decline. “Tourism is a viable option for increased development,” he said. Sheikh Salman also pointed to the lucrativeness of the tourism industry, saying that the sector has created jobs for youth all across the globe.

The government, during the next fi ve years, plans to build a number of new towns and cultural centers to further bolster tourism in the country, Sheikh Salman said. “These projects will have a tremendous impact on tourism development,” he noted. Gulf Cooperation Council (GCC) nations have a lot of touristic potential, “which should be exploited through continued cooperation amongst GCC nations,” he added.

---They keep talking and talking with no action. Let's invite everyone to Kuwait to see the broken down Entertainment City or the really sad Martyr Museum. Let the tourists sit in traffic, they can see the real zoo on the highways.Let's show them that throwing trash out your car window is cool and using your car signals means the other person will definitely not let you over.

The only positive thing is the amount of empty hotel rooms they can choose from. We are a country of eating and moving as little as possible yet we want to invite others to see that for themselves? When tourists come to Kuwait they should be given suits or armor to try and protect them during their stay.

How about we start of by having the NCCAL put their website and IG accounts in both Arabic and English so that everyone can enjoy their shows? How about we save some of the old Kuwaiti houses and make them into bed and breakfast spots? How about they refurbish the Behbehani complex in Kuwait city into something more cultural? How about someone saving the old Al Shaya house beside the Emir's palace and turn it into something cultural? Look how long it took to update the Towers!
They should have done this years ago when there was money instead of waiting until the oil market to crash and then say "oh crap, what do we do now?"

The roads are embarrassing as well, pot holes and rocks flying will impress anyone visiting, right! The airport is the gateway to Kuwait and yet the new one is still in limbo! Even little Qatar has climbed it's way above Kuwait with it's tourism, now imagine that! I can envision a better Kuwait as everyone can but with all of the red tape and idea suppression it may never come true. When a building is drafted and decided upon the wasta and cut throat world of contract bidding will come up and we know all too well who will get it.

Good luck on the tourism thing, I will sit with my popcorn and watch it take place.
Posted by Crazy in Kuwait