I was saddened to see children left on the corner having to sell fruits and vegetables instead of being in school. It was 10:30 am when I saw this child setting up his watermelons to sale. 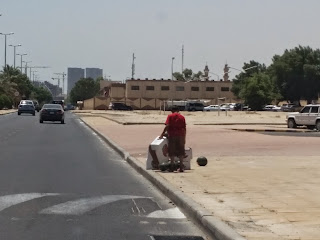 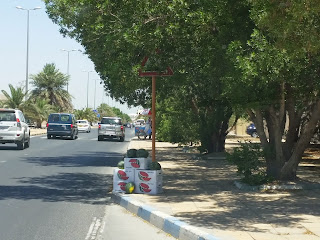 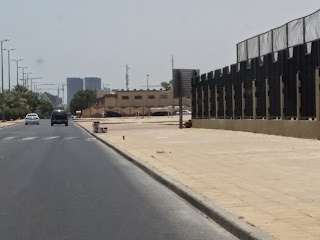 I tried to give him water but he refused as someone else had already brought him water and ice cream. He came up to my window, his face dirty and lips dry from the sun telling me he was Syrian and he just wanted money to sell the watermelons not water. I asked him where his father was but he told me he wasn't around. 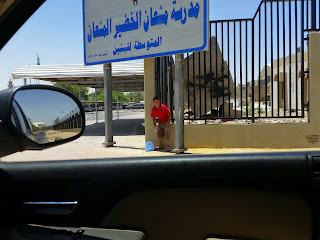 It's very hard to know if what they say is true or if they are being used by an adult to gain pity and then turn over their earnings to the person in charge of the ring. We read how beggars come to wealthy countries on visit visas and earn thousands of KD each year during Ramadan and Eid. I didn't offer money because I don't know if doing so will contribute to further exploitation of these children. As I watched a grey and white police car pass the child without a second look I knew no one cared for him.
Posted by Crazy in Kuwait